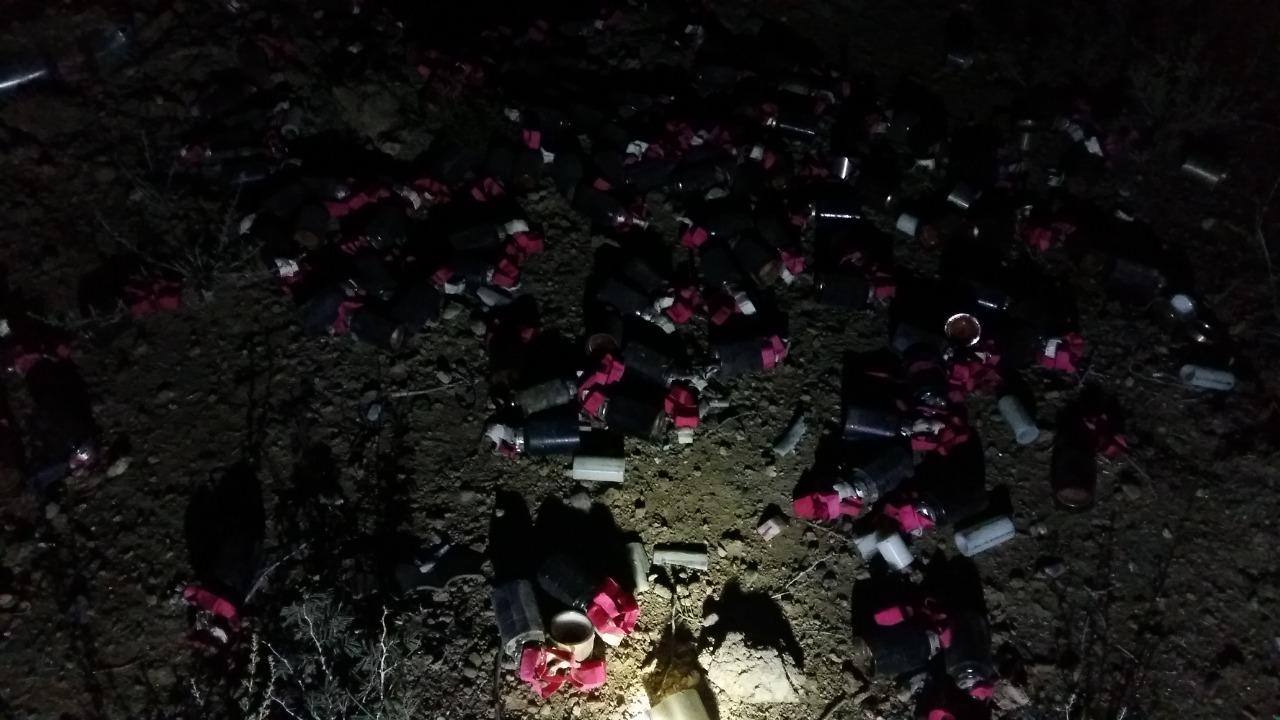 Azerbaijan’s Human Rights Commissioner (Ombudsperson) Sabina Aliyeva has issued a statement on the anniversary of the cluster bomb attacks launched by the Armenian armed forces on the Baku-Tbilisi-Ceyhan main export oil pipeline.

"As it has been repeatedly reported to the global community, starting from 27 September of 2020, the armed forces of Armenia did not suffice to deliberately and intensively attack civilian areas in Azerbaijan located far from the conflict zone through the use of internationally banned munitions, including operational-tactical missile complexes, as well as continued its war crimes by committing atrocities, which may lead to serious environmental damages in the region and energy security of Europe.

A year ago, on 6 October 2020, starting around 23 p.m., the Baku-Tbilisi-Ceyhan Main Export Oil Pipeline in Yevlakh district, located far away from the area of active hostilities, came under cluster munition fires by the Armenian armed forces.

Scattering of fragments of over 300 cluster munitions which fell into 10 meters from that oil pipeline, which is of great strategic importance, both economically and politically, and in terms of energy security for the entire region, including Azerbaijan, Georgia, and Turkey, also for Europe and the world countries, posed serious threats to the life and health of the civilian population.

In this regard, I have sent public appeals to the world community and international organizations for harshly responding to war crimes committed by Armenia and taking immediate actions to deter such criminals acts that may have serious effects on the energy security of Europe and emerging ecological atrocities.

However, unfortunately, we had not seen any effective actions taken at the international level in response to such a wrongful act as many other war crimes perpetrated by Armenia. Nevertheless, the war crime committed by firing the oil pipeline of international significance with prohibited weaponry targeted not against the State of Azerbaijan, but also the regional and European States as a whole, tempted to undermine global energy security and cause serious environmental consequences for the region.

On the first anniversary of the cluster bomb firing of the Baku-Tbilisi-Ceyhan Main Export Oil Pipeline, once again appealing to the world community and international organizations, I call for the imposition of appropriate sanctions on Armenia, which committed numerous war crimes resulting in the killing of civilians in gross violation of international law and international humanitarian law and taking decisive and fair steps to bring to justice all those responsible for the political and military leadership of that State, who were directly involved in the commission of these crimes."

This Statement is addressed to the UN Secretary-General, UN Security Council, UN Office of High Commissioner for Human Rights, UN Office of High Commissioner for Refugees, UN Human Rights Council, the United Nations Children’s Fund, the United Nations Educational, Scientific and Cultural Organization, European Union, Council of Europe, Organization for Security and Co-operation in Europe, International and European Ombudsman Institutions, Asian Ombudsman Association, Organization of Islamic Cooperation and the Ombudsman Association of its member states,  Independent Permanent Human Rights Commission of the Organization of Islamic Cooperation, European Network of Ombudspersons for Children, International Peace Bureau, different ombudsmen and national human rights institutions, embassies of the Republic of Azerbaijan in foreign countries and the foreign embassies in Azerbaijan, as well as to the Azerbaijani Diasporas.