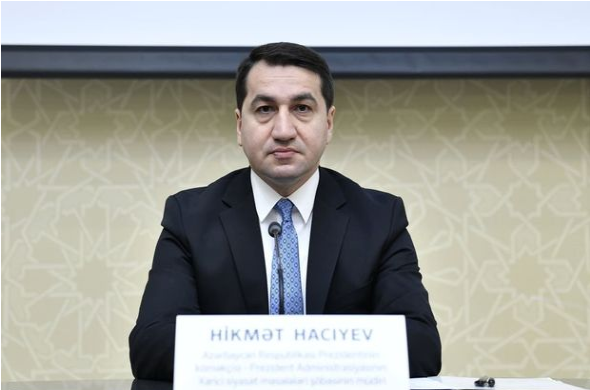 Azerbaijan has always called on Armenia to peace, but the Armenians resort to military provocations, said Hikmet Hajiyev, Assistant to Azerbaijan’s President, Head of the Foreign Affairs Policy Department of the Presidential Administration.

“The concern of the international community is understandable. However, we bring to the attention that Armenia must end the occupation of Azerbaijani lands," he said.

Hajiyev pointed out that some international organizations are showing a biased position on the issue.

"Some structures financed by the Armenian lobby, not taking into account our position, have spread biased statements. There is a conflict going on against Azerbaijan, Azerbaijani territory, and this has been going on for almost 30 years," the official added.