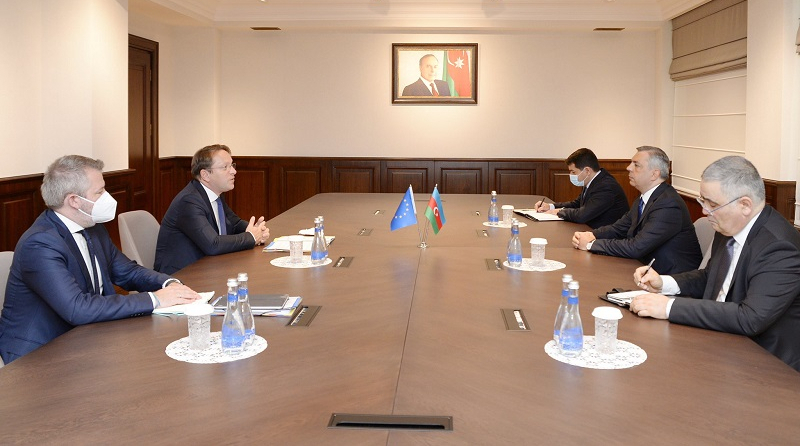 Head of the Azerbaijani Presidential Administration Samir Nuriyev met with European Commissioner for Enlargement and Neighborhood Policy Oliver Varhelyi, who is on a visit to Azerbaijan on July 8.

The statement was made during the meeting that the cooperation between the European Union and Azerbaijan in various fields is successfully developing and Azerbaijan is a reliable partner of the EU.

The sides also exchanged views on the prospects for cooperation between the European Union and Azerbaijan in the fields of transport, green energy, digital technologies, science, education and others.

The EU is ready to support Azerbaijan in mine clearance, restoration and reconstruction of the Azerbaijani lands liberated from the Armenian occupation.

The significance of the TAP project was stressed. The statement was made that Azerbaijan plays an important role in ensuring the energy security of the European Union.