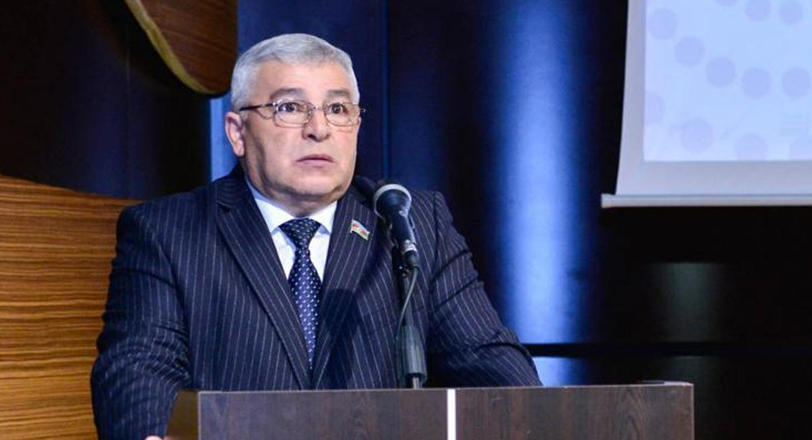 Speech by Azerbaijani President Ilham Aliyev at a meeting dedicated to the 100th anniversary of the Azerbaijani parliament is of historic significance, Azerbaijani MP Elman Mammadov told Trend Sept. 25.

He said that Ilham Aliyev in his speech voiced valuable thoughts about the founders of the Azerbaijan Democratic Republic (ADR) and its parliament.

“The president touched on very important issues in his speech,” Mammadov said. “This time, as always, he dwelt on the settlement of the Armenia-Azerbaijan Nagorno-Karabakh conflict and, considering the participation of numerous foreign guests, sent serious messages both to Armenia and international structures. Once again, he explained to Armenia that if the current leadership of that country, like the previous one, demonstrates a delusional attitude, this won’t lead to anything good.”

“They must understand that Azerbaijan will liberate its lands from occupation,” the MP noted. “However, we want to liberate our lands peacefully in accordance with the norms of international law. But the course of events shows that Armenia is very far from showing a constructive position, that is, they are far from solving the problem peacefully. Armenia doesn’t intend to abandon its occupation policy.”

Mammadov added that Ilham Aliyev rightly criticized the position of international structures on this issue.

“Azerbaijan has enough power to liberate its lands from the occupation, and we will achieve this,” the MP said. “For this, we have created a strong legal base, a strong economy, as well as a strong army.”