Azerbaijani MoD: No provocation can hinder Azerbaijan on its way to victory 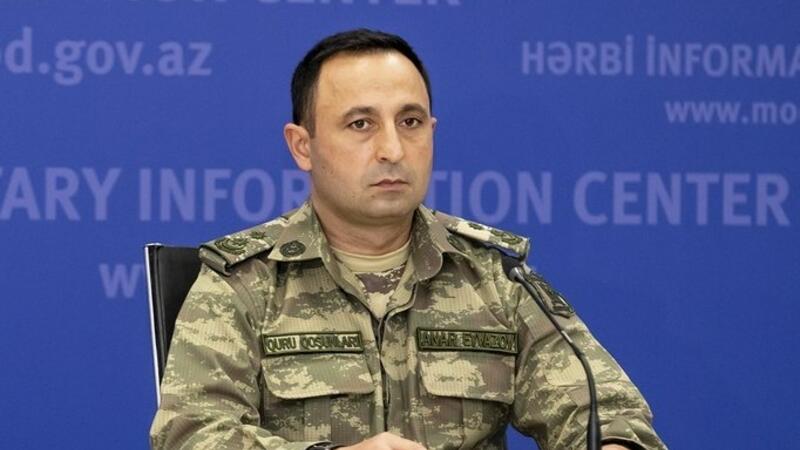 As a result of today's missile attacks by the Armenian armed forces using Smerch missiles against the civilian population of Azerbaijan's Barda city, there are casualties and wounded among the civilians, Colonel Lieutenant Anar Eyvazov, spokesman for Azerbaijan’s Defense Ministry, said at today's briefing.

According to him, the cowardly Armenian armed forces, unable to withstand the Azerbaijani army, again treacherously fired at Azerbaijani civilians and settlements.

"As President of Azerbaijan Republic, Supreme Commander-In-Chief Ilham Aliyev, noted, we will avenge the residents of Barda, and the occupiers will continue to receive an adequate response on the battlefield,” the spokesman said.

Eyvazov stressed that contract soldiers and police officers of Armenia refuse to fight the Azerbaijani army.

“The units of the Armenian armed forces have a shortage of food, weapons, and vehicles. Armenia should know that the unity of the state, people, and army in Azerbaijan is unshakable, and no provocation can hinder us on the way to victory," Eyvazov added.