Azerbaijani, Kazakh presidents view project of Center for Development of Creativity named after Kurmangazy to be built for children in Fuzuli 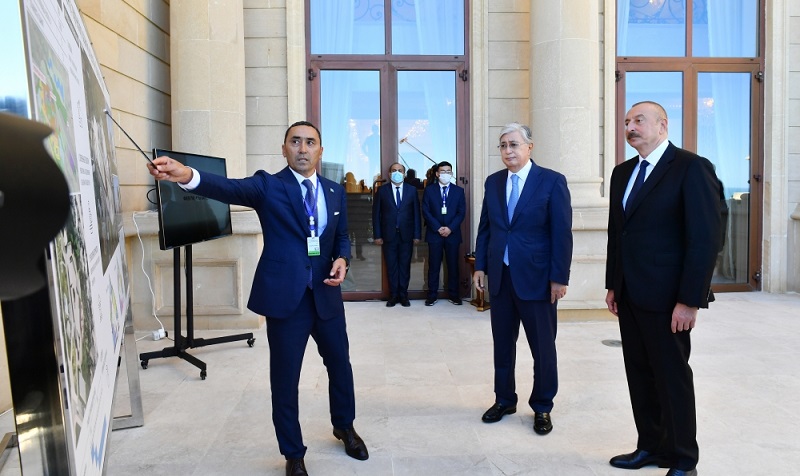 Chairman of the Board of Directors of the “BI Group” Holding Aidyn Rakhimbayev informed the heads of state of the project.

President Kassym-Jomart Tokayev: Ilham Heydar oglu, I would like to introduce to you Aidyn Rakhimbayev, the head of “BI” construction company, one of the biggest, if not the biggest builders. The company will carry out this very important project on our behalf.

Aidyn Rakhimbayev: Dear Ilham Heydar oglu, dear Kassym-Jomart Kemelevich, please allow me to introduce the project to you. It is a great honor for me to be presenting this project – the project for the construction of Creativity Center in the city of Fuzuli. The project was prepared in a short period of time on the basis of personal instructions of our President. According to the current situation, the space has already been determined. The project consists of four major directions: music, which is comprised of vocal and choir singing, modern technologies, i.e. what children like more, something that reveals children's talents, art and creativity – pottery, sculpture and, of course, sports – playgrounds and choreography...

It was reported that modern architectural buildings and an amphitheater will be built on an area of 2 hectares. The center is intended to reveal and develop children's creativity.

Then a video about the project was demonstrated.