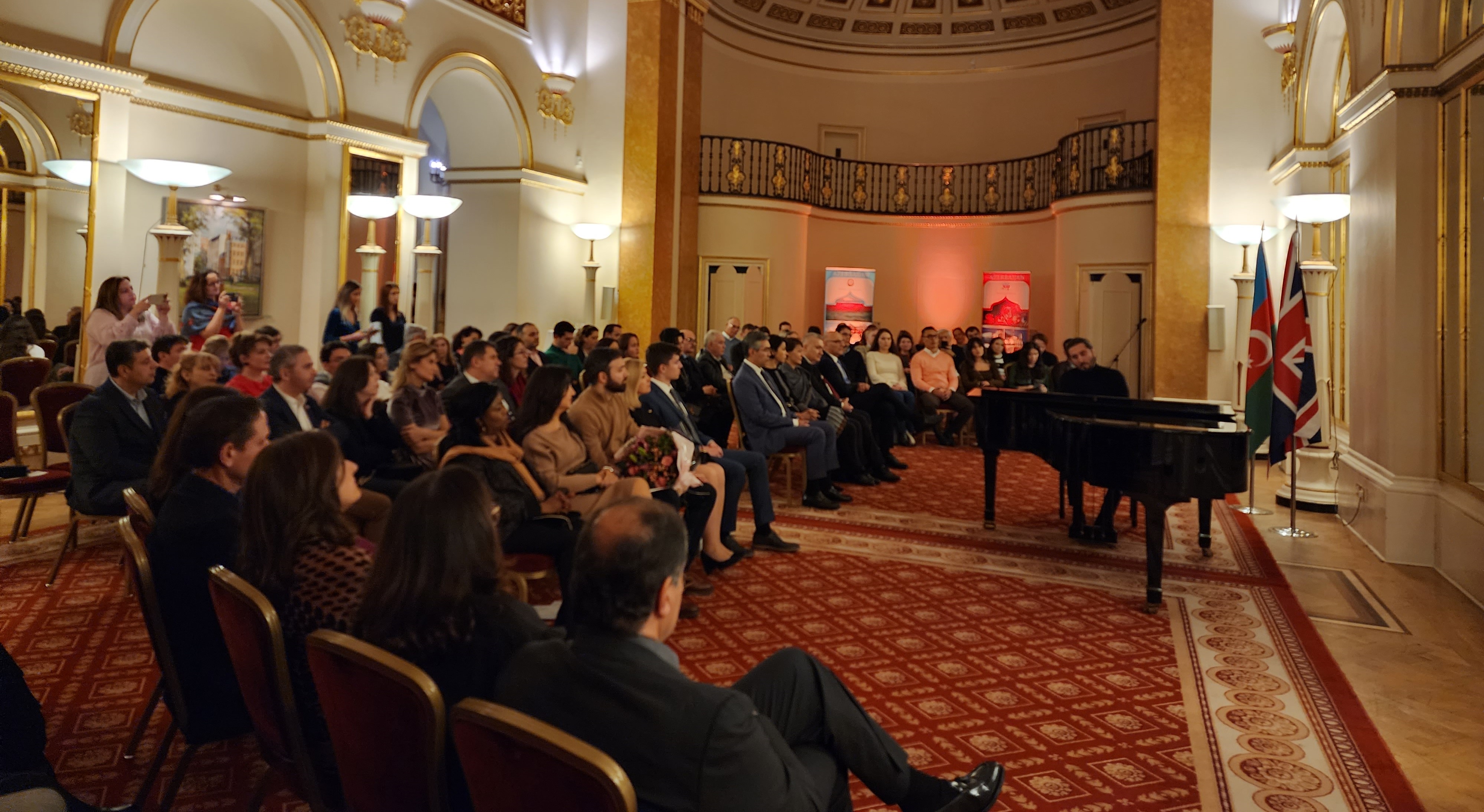 The Embassy of the Republic of Azerbaijan in the United Kingdom of Great Britain and Northern Ireland has organized an evening with the famous jazz singer Isfar Sarabski at the Lansdowne club on National Flag Day, the Embassy told News.az.

At the beginning of the event, Ambassador Elin Suleymanov emphasized that celebrated the Victory of the Azerbaijani people which ended the 30-year-old occupation under the leadership of victorious Supreme Commander-in-Chief, President of Azerbaijan Ilham Aliyev.

Noting that National Flag Day was celebrated on November 9, the ambassador said that our tricolor flag is flying proudly in the lands liberated from occupation.

This flag has been raised in the hearts of the Azerbaijani people as the State Flag since the beginning of the 90s, despite the decades of pressure during the Soviet Union.

The ambassador emphasized that our flag is constantly flying in the hearts of every citizen.

Later, honored artist, and jazz singer Isfar Sarabsky performed various compositions from the works of Azerbaijani and world classics. Azerbaijani violinists Sabina Rakchiyeva and Isfar Sarabski skillfully synthesized the folk song "Yellow Bride", one of the rare gems of our national music, which made a deep impression on both our compatriots and foreign guests.