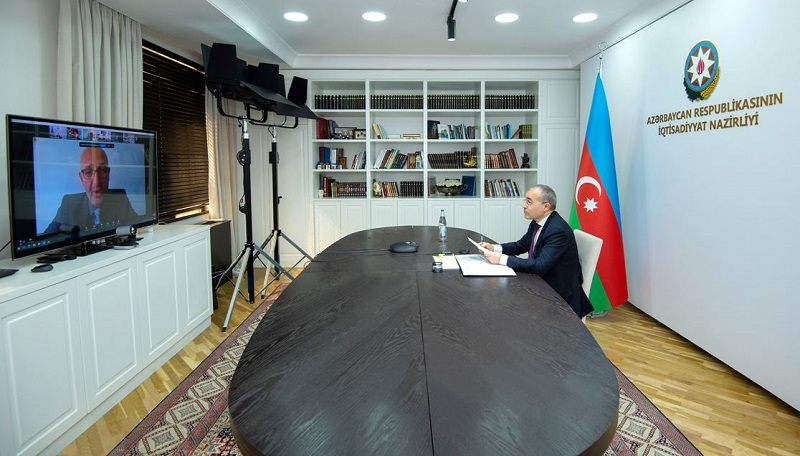 The Israeli-Azerbaijani Chamber of Commerce and Industry held its annual meeting, the Azerbaijani Ministry of Economy told News.Az.

Speaking at the event with the participation of business representatives, President of the Israeli-Azerbaijani Chamber of Commerce Alex Kaplun, spoke about the activities of the chamber in 2020, measures aimed at developing ties between Israel and Azerbaijan in trade and humanitarian spheres, and also shared plans for 2021.

Co-Chairman of the joint Azerbaijani-Israeli intergovernmental commission, Azerbaijan’s Minister of Economy Mikail Jabbarov highly appreciated the activities of the chamber.

Jabbarov noted that the Israeli-Azerbaijani Chamber of Commerce and Industry is an important platform for the development of economic ties between the two countries, as well as for promoting public-private business dialogue.

Emphasizing the active work of this structure over the past two years, the minister noted that it has put forward a number of initiatives aimed at deepening ties between the business circles of the two countries.

Jabbarov also thanked the Israeli side for supporting Azerbaijan's just struggle during the 44-day Armenia-Azerbaijan Second Karabakh War, for humanitarian efforts, as well as for the arrival of numerous medical personnel from Israel to Azerbaijan to provide assistance to severely-wounded soldiers and civilians.

“Despite a slight slowdown in bilateral trade relations due to the coronavirus pandemic, activities to strengthen mutual cooperation in various sectors of the economy continues,” the minister emphasized.

Jabbarov shared his opinion on cooperation in the process of restoring the territories of Azerbaijan liberated from Armenian occupation and the directions of economic reforms that will be carried out in the post-pandemic period.

In the course of the meeting, the Azerbaijani economy minister also noted that Israeli companies are showing great interest in information technology, agriculture, water sector management, and healthcare in Azerbaijan.

He emphasized that there is great potential for cooperation in these areas and an active dialogue is underway.

As reported, Israeli Ambassador to Azerbaijan George Dick emphasized the high level of political and economic ties between the two countries and noted that the chamber makes a great contribution to deepening cooperation.

Furthermore, the Director of the department of economic cooperation with the countries of Asia and the CIS of the Israeli Foreign Ministry, Mikhail Lotem, made a presentation on the topic 'Israeli-Azerbaijani economic relations and new opportunities in the post-pandemic period'.

Following the meeting, the sides discussed the development of Israeli-Azerbaijani trade and economic relations. 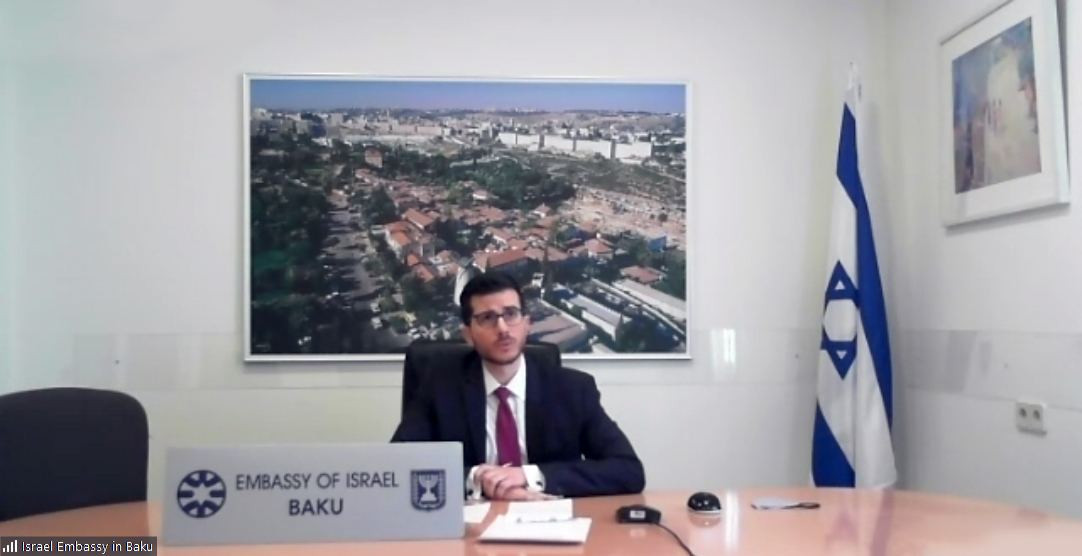