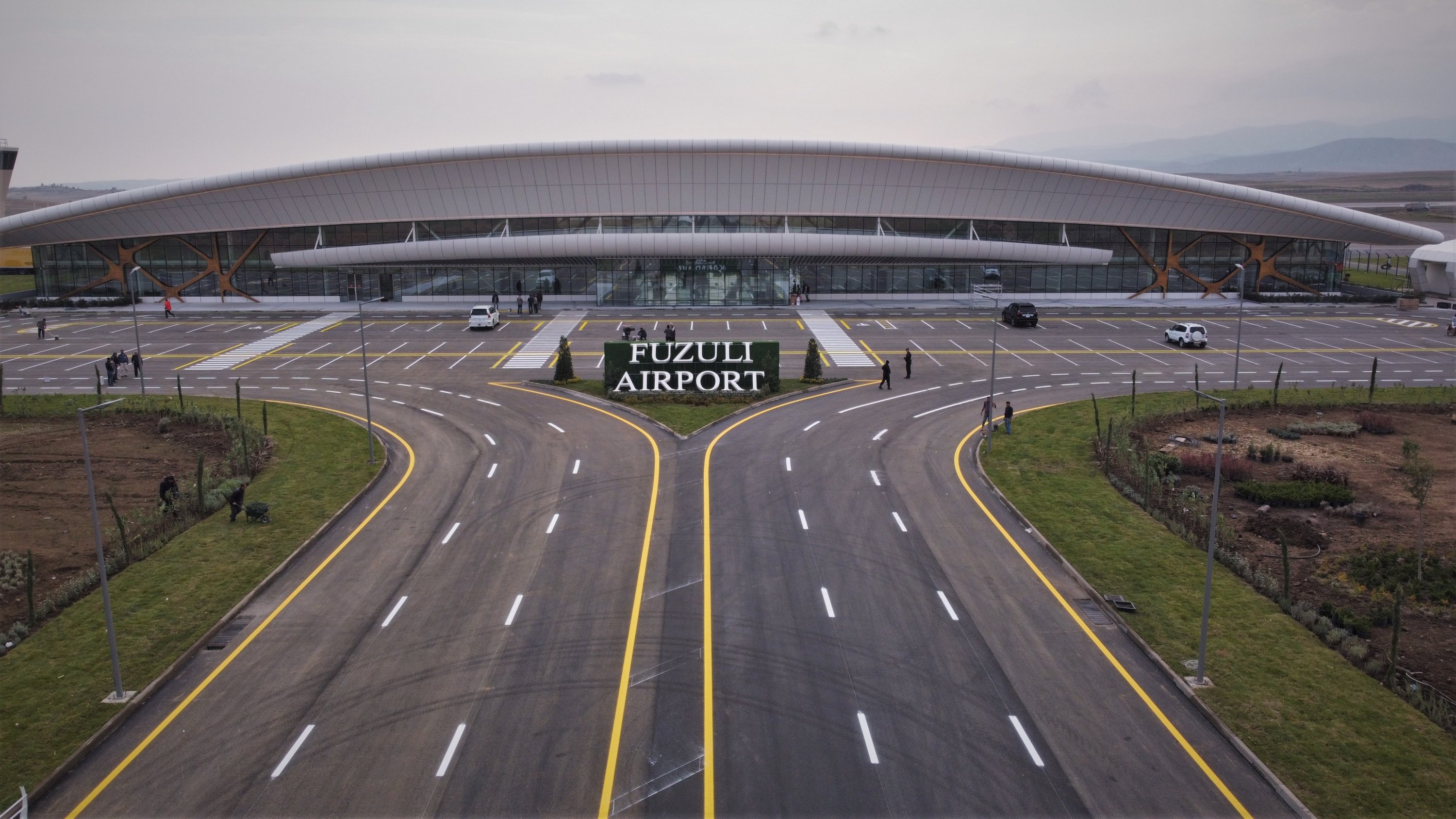 Azerbaijani and Iranian delegations have jointly visited Azerbaijan’s territories liberated from the Armenian occupation, the Ministry of Digital Development and Transport told News.Az.

The Iranian delegation was headed by the Minister of Roads and Urban Planning, co-chairman of the intergovernmental Iranian-Azerbaijani commission on economic cooperation Rostam Ghasemi, and the Azerbaijani delegation - by the Deputy Prime Minister Shahin Mustafayev.

The delegations got acquainted with the transport and other infrastructure projects which are implemented in the liberated territories in accordance with the orders of Azerbaijan's President Ilham Aliyev.

According to the ministry, the Iranian delegation was informed about the Fuzuli International Airport, where the plane landed on a direct flight from Tehran. It was brought to the delegation’s attention that the airport was built in just nine months.

Then, the delegations got acquainted with the work carried out in the liberated Zangilan district within the Horadiz-Aghband railway project, which is part of the international transport route.

During the acquaintance, the importance of Iran's participation in this project was emphasized. The delegations also got acquainted with the construction of the Zangilan International Airport, road tunnels along the Zangazur corridor and within the railway project in the Jojug Marjanly settlement, with presentations on road and railway projects.

During the trip to the liberated territories of Azerbaijan, information was provided on the cities and villages destroyed by Armenia [in the years of occupation]. In the end, the parties got acquainted with the city of Fuzuli, where the participants of the trip could witness the complete destruction of all residential and infrastructure facilities, including mosques.