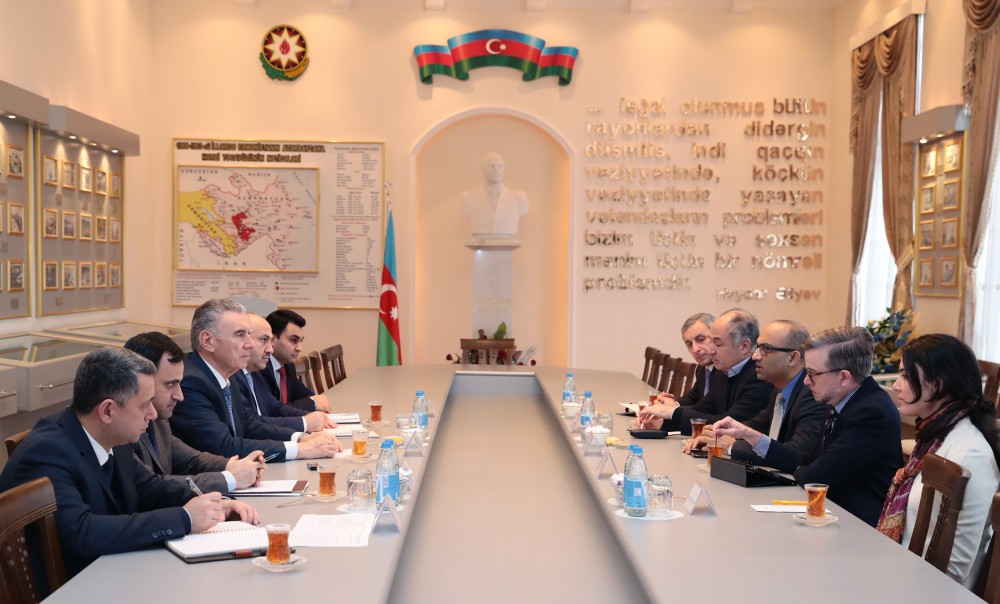 Azerbaijani Deputy PM, chair of the State Committee for Refugees and IDPs Ali Hasanov has met with World Bank country director in Azerbaijan Naveed Hassan Naqvi to exchange views over the joint projects implemented so far and discuss future ones.

Ali Hasanov hailed cooperation between the government of Azerbaijan and the WB, saying wide-ranging projects have been implemented in a successful and transparent manner, AzerTag reports. He said the projects have mainly assisted infrastructure development, allocation of microcredits and income generation.

He highlighted the work done to solve social problems of refugees and IDPs who were expelled from their homes as a result of the Armenia-Azerbaijan Nagorno-Karabakh conflict.

“Thanks to a successful policy pursued by President Ilham Aliyev, the Azerbaijani government has effectively implemented joint projects with the World Bank on the basis of mutual cooperation,” Ali Hasanov underlined.

Naveed Hassan Naqvi said the World Bank’s mission has already visited project sites and met with various officials, and praised what the Azerbaijani government has been doing to solve problems of IDPs and refugees.