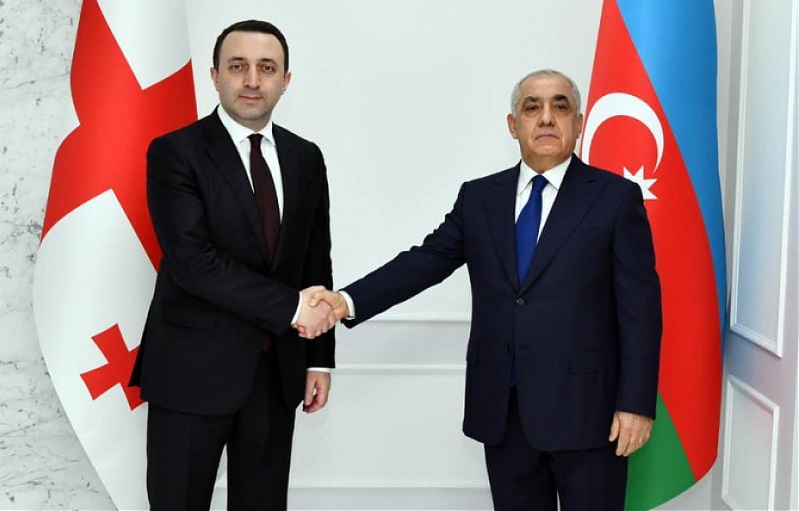 Prime Minister of Azerbaijan Ali Asadov has held a telephone conversation with his Georgian counterpart Irakli Garibashvili, the Cabinet of Ministers of Azerbaijan told News.Az.

During the phone conversation, the PMs exchanged congratulations on the occasion of the 30th anniversary of the establishment of diplomatic relations between Azerbaijan and Georgia.

The sides hailed the current high level of Azerbaijan-Georgia strategic partnership built on the solid foundations of centuries-old friendship, good neighborliness and mutual support. The PMs praised the role of high-level contacts and reciprocal visits between the two countries in the development of Azerbaijan-Georgia relations, and in this regard highlighted the importance of President Ilham Aliyev’s visit to Georgia this October.

During the phone talk, the sides also discussed prospects for development of relations between Azerbaijan and Georgia in political, economic, transport, energy, humanitarian and a number of other areas.

Georgian PM Irakli Garibashvili has once again invited PM Ali Asadov to visit Georgia as the next meeting of the Joint Intergovernmental Commission on Economic Cooperation will be held in Tbilisi this December. The sides expressed confidence that the visit would be beneficial in terms of reviewing the issues on the agenda of Azerbaijan-Georgia cooperation.