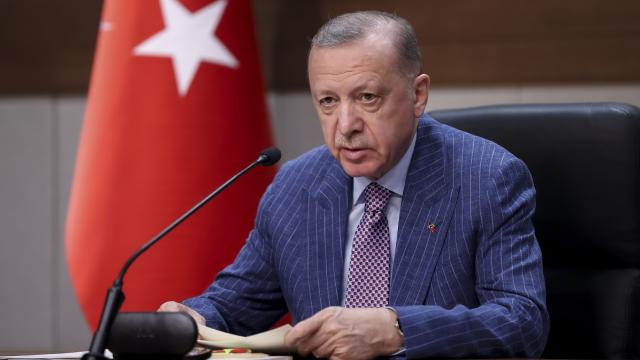 Türkiye is taking steps to become an energy hub. Azerbaijani gas will play an important role in this, Turkish President Recep Tayyip Erdogan said in an interview with the local ATV channel on Wednesday, News.az reports.

"We are taking steps to become an energy hub. Diversification of sources and routes was required. This is not one source, and not one route, we must deliver it to certain regions. We have Baku-Tbilisi-Ceyhan and Baku-Tbilisi-Erzurum oil and gas pipelines connected with Azerbaijan. We discussed this issue in detail with President Ilham Aliyev during my last visit to Azerbaijan," he said.

According to him, additional gas, which will be supplied with the help of TANAP, will also play an important role in this process.

"We will also build our own storage facilities. We will also install a liquefied gas terminal. Delivery by ships will also be carried out separately. And the discovery of gas fields in the Black Sea will give us another strength," he added.