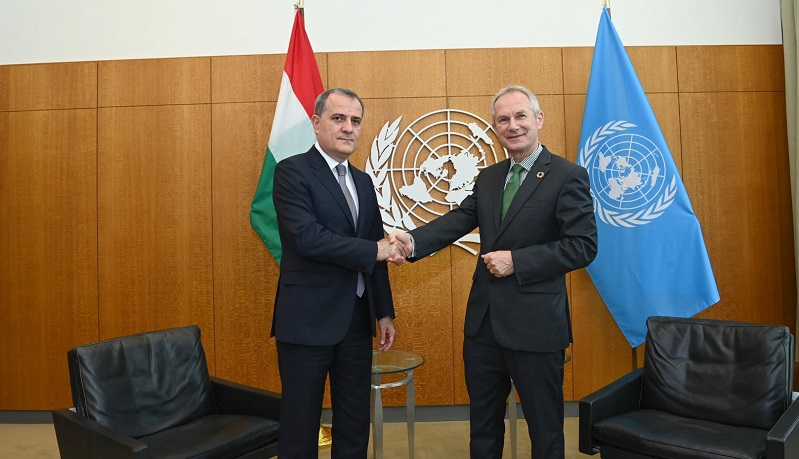 At the meeting, an exchange of views took place on Azerbaijan's activities within the UN, cooperation with its specialized structures, directions for further activities and other issues on the agenda.

Bayramov informed the assembly’s president of the current situation in the region, including the ongoing reconstruction and construction work in the liberated territories, as well as the mine threat, and the steps taken by Azerbaijan towards the normalization of relations with Armenia.

He noted that despite the provocations of Armenia and the delay of the processes by it, Azerbaijan continues its efforts in all important areas to ensure peace and stability in the region.

The UNGA president noted that Azerbaijan is one of the most active member countries of the UN and congratulated the country on the 30th anniversary of its membership in the UN.

He highly appreciated the successful chairmanship of Azerbaijan in the Non-Aligned Movement, as well as the global initiatives of the President of Azerbaijan Ilham Aliyev in connection with the fight against the COVID-19 pandemic.

Kőrösi stressed that Azerbaijan's efforts to establish sustainable peace in the region in the post-conflict period and its ongoing reconstruction work are commendable.

The parties exchanged views on the priority issues of the chairmanship of the General Assembly, including work with youth, economic stability, financial restructuring and other topics.

They also discussed other issues on the UN agenda of mutual interest.