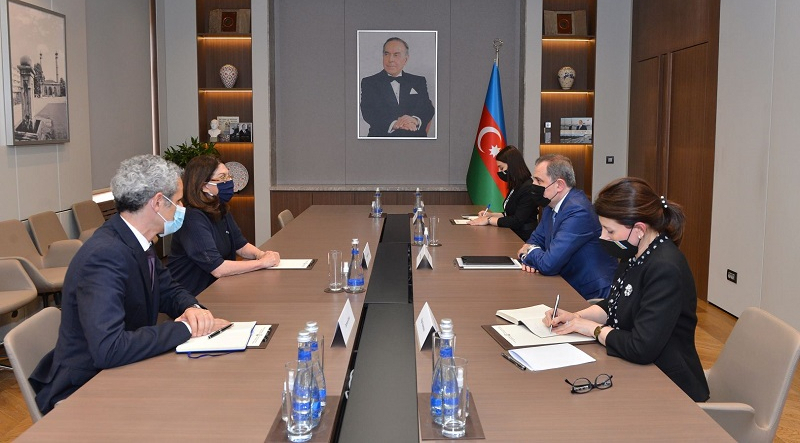 Minister Bayramov sincerely greeted the member of the French Senate and praised her contribution to the development of cooperation between our countries.

Goulet said the visit was important in terms of gaining information about the situation in the region. She praised the discussions in the video format "The South Caucasus: Regional Development and Prospective for Cooperation" organized by the Nizami Ganjavi International Center and the exchange of views held in this context with President Ilham Aliyev.

The sides discussed demining activities in the liberated areas and current prospects for regional cooperation.

Having clarified the issue related to the tension on the Azerbaijani-Armenian border, the minister noted that these are measures to strengthen the border protection system, carried out within the framework of the territorial integrity of Azerbaijan, and stressed the importance of resolving the existing disagreements between the sides through negotiations.