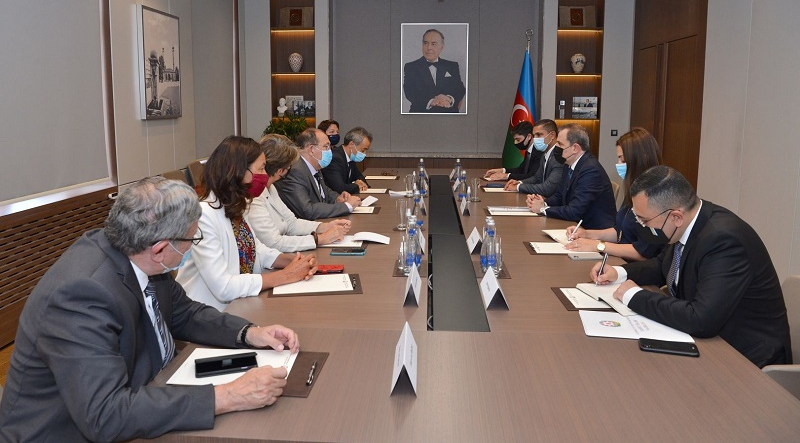 Azerbaijan’s Foreign Minister Jeyhun Bayramov on Thursday met with members of the French National Assembly, who are on a visit to Azerbaijan, the Foreign Ministry told News.Az.

While welcoming the guests, the minister stressed that this visit, along with obtaining detailed information about the situation in the region, may contribute to the intensification of bilateral relations.

Having provided detailed information on the current situation in the region, especially in the post-conflict period, Minister Bayramov answered numerous questions from the members of the National Assembly.

Bayramov informed about the current Azerbaijan-France relations, the situation with the implementation of the trilateral statement signed on November 10, 2020 and the steps taken in this regard by Azerbaijan, the revanchist statements of Armenia’s official circles amid Azerbaijan's statements about its readiness to sign a peace agreement.

The minister also informed about Azerbaijan’s position regarding tension on the border, on the issue related to the delimitation and demarcation of borders, as well as the mine threat, which is a priority problem in the context of a big threat to human life, the process of restoring the liberated territories and foreign companies participating in this process.

The views on other issues of mutual interest were exchanged.