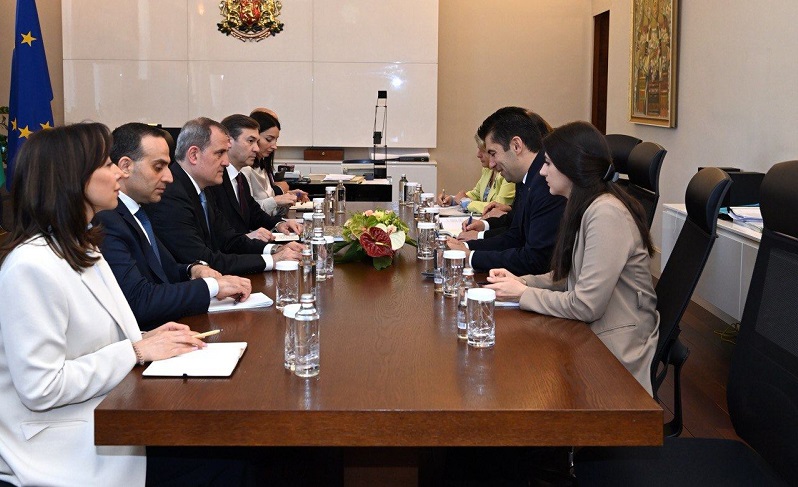 Having welcomed the Azerbaijani minister, Petkov emphasized the importance of Bayramov’s visit to Bulgaria.

Noting that Azerbaijan is providing assistance to Bulgaria in the energy sector at a very important time for his country, the prime minister emphasized the role of Azerbaijani President Ilham Aliyev in this context. Petkov described Azerbaijan as a reliable partner.

Thanking for the warm welcome, Bayramov said the high-level political ties between the two countries are accompanied by dynamic economic development.

The parties exchanged views on the prospects for bilateral relations in a number of areas, including energy, trade and economic, information technology, transport and transit, as well as education, culture, and tourism.

It was noted that the holding of the meeting of the Joint Commission on Trade, Economic, Scientific and Technical Cooperation between the Republic of Azerbaijan and the Republic of Bulgaria will contribute to the further expansion of economic ties.

Bayramov informed Petkov about the post-conflict situation in the region, the restoration and reconstruction carried out in the Azerbaijani territories liberated from the Armenian occupation, de-mining, and the peace-building steps taken by the Azerbaijani government.

The ministers also discussed regional issues and other topics of mutual interest.