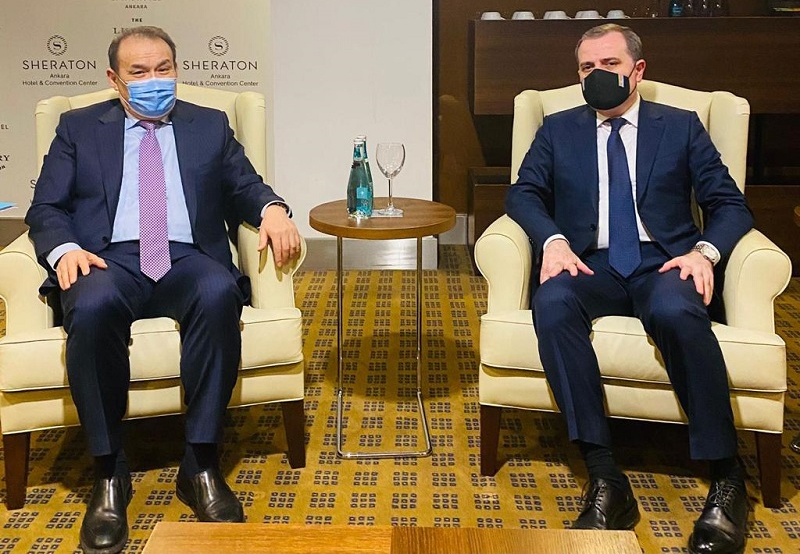 On the sidelines of his working visit to Ankara Azerbaijan’s Foreign Minister Jeyhun Bayramov on Tuesday held a meeting with Secretary General of Turkic Council Baghdad Amreyev.

During the meeting, the sides exchanged views on a wide range of issues that are on the current work program of the Turkic Council as well as pressing topics of international and regional agenda, the organization said in a message.

The parties discussed the preparation of the upcoming important events, including the informal Summit of the Turkic Council scheduled to be held in Turkistan at end of March 2021, as well as the scheduled ordinary summit in Istanbul in the fall of this year.

The minister and secretary general also touched upon the future strategy of cooperation among the Turkic Council Member States.

Amreyev and Bayramov agreed on the continuation of undertakings that would deepen collaboration, as well as expand joint efforts and mutual support among the member states.