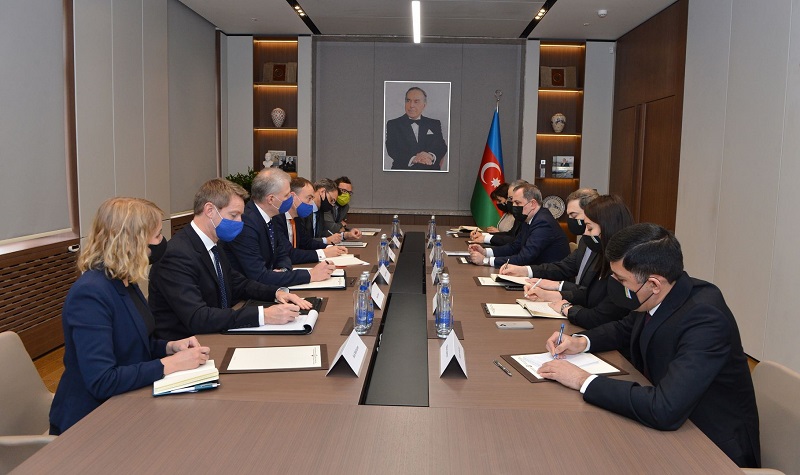 The minister informed the EU special representative about the current situation in the region, issues related to the implementation of trilateral statement of November 10, 2020 and January 11, 2021, including Armenia's attempts to send its military to the territory of Azerbaijan, refusal to provide the Azerbaijani side with maps of mined territories, which poses a direct threat to people's lives.

Bayramov also spoke about the possible role of the EU in the construction and reconstruction processes in the region.

In turn, Klaar stressed the importance of working together to achieve peace.

“The EU is ready to support the process of achieving peace, security and progress in the region,” Klaar added.

The parties also exchanged views on the prospects for cooperation between Azerbaijan and the EU.