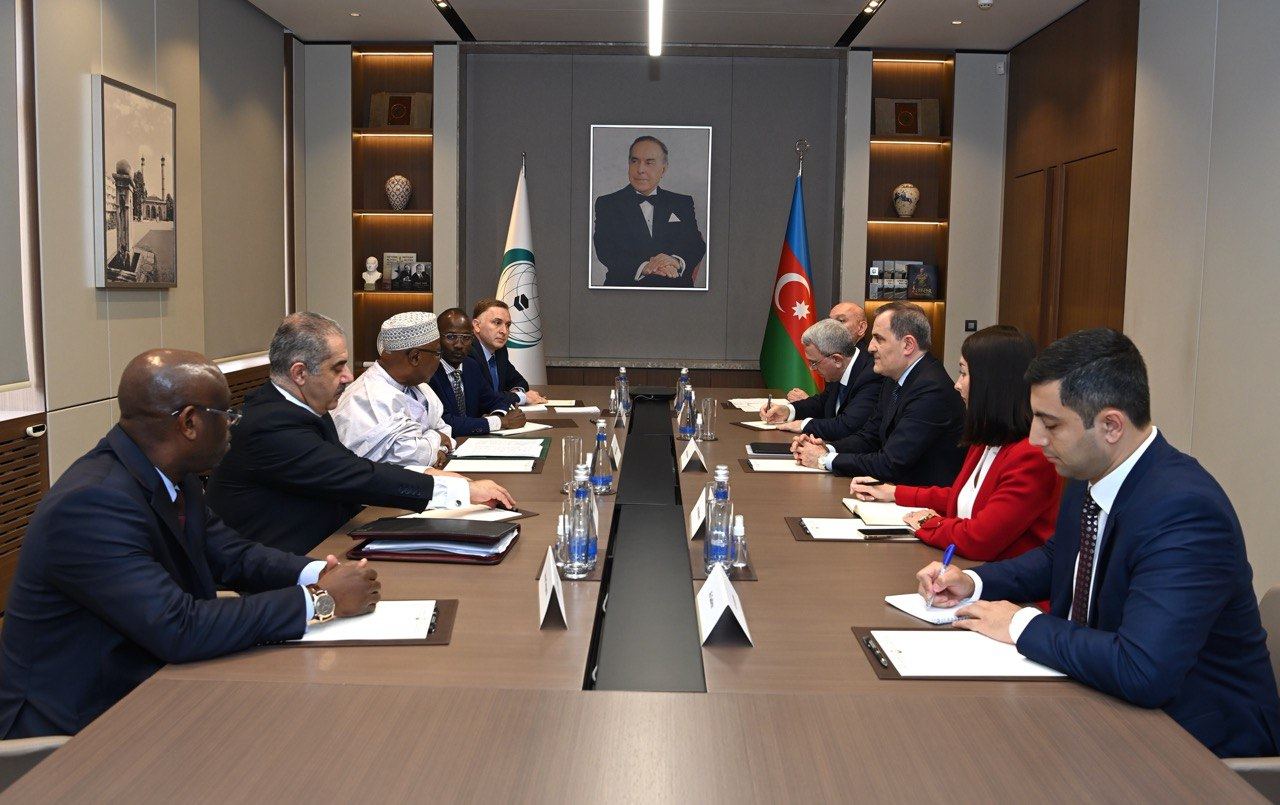 After welcoming Hussein Brahim Taha, Jeyhun Bayramov once again congratulated him on his election to this important post.

The minister noted that Azerbaijan attaches great importance to cooperation with the OIC and actively cooperates with this organization.

The constant support of the OIC for the fair position of Azerbaijan based on international law was emphasized with gratitude, the adoption of earlier relevant resolutions regarding the settlement of the former conflict, as well as at the post-conflict stage, was noted.

Secretary General Hussein Brahim Taha stressed Azerbaijan's active membership in the OIC and the country's contribution to strengthening Islamic solidarity. He noted with satisfaction the meeting with the head of the Azerbaijani state during his visit. The Secretary General congratulated Azerbaijan on the successful holding of the Conference of Ministers of Tourism of the OIC countries.

The Foreign Minister noted that the personal participation of the Secretary General in the conference contributed to the holding of the event.It was noted that Azerbaijan is determined to continue fruitful cooperation with the OIC.

Minister Jeyhun Bayramov informed the head of the OIC about the post-conflict situation in the region, restoration and construction work. According to him, the Secretary General's visit to the liberated territories during his visit to Azerbaijan will provide a good opportunity to get acquainted with the situation there, including the destruction committed by Armenia over the decades, as well as the restoration and construction work carried out by Azerbaijan.

The parties also exchanged views on topical issues on the agenda of cooperation within the framework of the OIC.