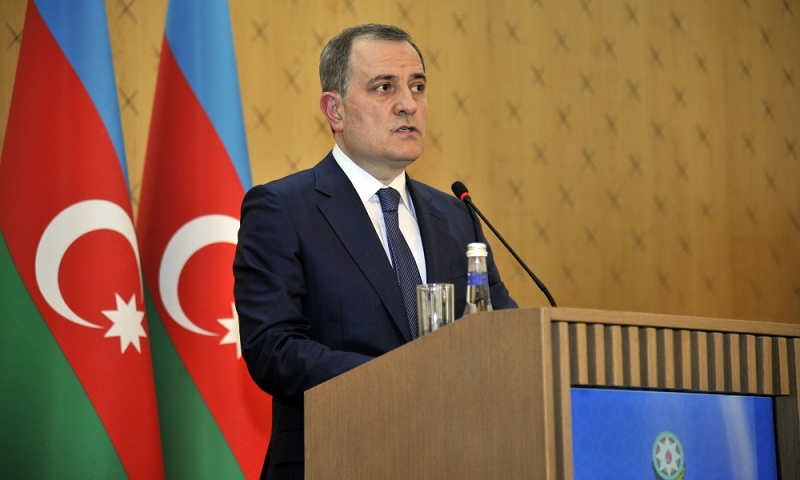 The letter about missing Azerbaijanis sent by Foreign Minister Jeyhu Bayramov to UN Secretary-General Antonio Guterres has been circulated as a document of the UN General Assembly and the Security Council, the Foreign Ministry told News.Az.

The letter reads: “With reference to my previous letter of 4 May 2021, in the light of new evidence acquired by the relevant authorities of the Republic of Azerbaijan, I am writing to once again draw your attention to the issue of bringing clarity to the whereabouts of close to 4,000 missing Azerbaijani persons.

As a result of search operation and investigative measures, new mass graves have been identified in the Edilli village of the Khojavend district of Azerbaijan and in the territory of Fuzuli city on the basis of the testimonies by the eyewitnesses. The remains, which presumably belong to six or seven Azerbaijanis missing since the early 1990s, have been exhumed and collected by the investigation team for the purpose of subsequent medical examination and genetic tests.

The Azerbaijani civilians and servicemen who managed to survive Armenian captivity confirmed in their testimonies that the bodies of dozens of Azerbaijanis had been transferred in military trucks and buried in mass graves in the mentioned areas after being subjected to torture, degrading, and other inhumane treatment, and subsequent arbitrary and extrajudicial killings.

On the basis of eyewitness testimonies and other investigative materials, the relevant authorities presume that the found remains represent only a small portion of those who had been buried in the said areas, and consequently, search operations are currently underway to locate the other burial places.

The fact that Azerbaijani prisoners of war and civilian captives have themselves been forced to the transfer and mass burial of the bodies itself speaks of the gravity and brutality of crimes committed by the armed forces of Armenia, its agents, and subordinates. Along with cruel treatment and torture leading to the death of dozens of prisoners of war and civilian hostages, the perpetrators also committed other serious war crimes by not ensuring that the dead were interred honorably, their graves respected and properly maintained, and marked as stipulated by international humanitarian law.

Amid such growing evidence, the perpetrators continue to enjoy impunity as Armenia has thus far failed to take any step towards the investigation of war crimes and crimes against humanity committed by its agents and subordinates. It is equally disturbing that despite the consistent calls of Azerbaijan and series of discussions with the Armenian side, including at the highest level, this country tries to escape from cooperation in providing information about the locations of burial sites, mass graves, or any similar information that would help bring clarity to the whereabouts of the missing Azerbaijani persons.

Given the extreme importance of addressing the issue of missing persons for the rule of law, justice, as well as post-conflict normalization and reconciliation, the strong engagement of the international community is therefore vital.

Bringing clarity to the whereabouts of all missing persons and full accountability for the grave international humanitarian law violations committed against them are essential elements for achieving lasting reconciliation after a bloody conflict.

Ensuring justice is not only retributive but also preventive, serving to the non-repetition of similar wrongdoings and helping both countries and their people live in a peaceful and stable neighborhood.

With the end of the conflict, it is high time for Armenia to honor its obligations under international humanitarian law and take practical steps to shed light on the dark pages of its armed aggression against Azerbaijan and cooperate with a view to eliminating its harsh consequences.

Proceeding from this understanding, I appeal to you once again with the request of urging Armenia to share all information at its disposal necessary for bringing clarity to the fates of thousands of persons missing since the early 1990s. Consistent steps in this direction are necessary not only in terms of the shared responsibility for the rule of law and justice but also for taking forward the agenda of post-conflict normalization in the region."