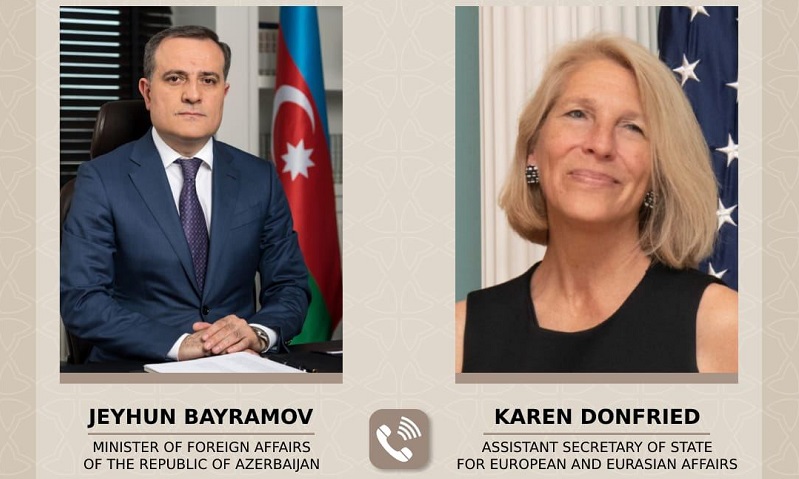 The parties exchanged views on the situation in the region, including efforts to normalize relations, as well as the bilateral cooperation agenda.

Referring to the meeting held in Brussels on August 31, 2022, between President of Azerbaijan Ilham Aliyev, President of the Council of the European Union Charles Michel and Prime Minister of Armenia Nikol Pashinyan, Bayramov stressed that based on the instructions given following the meeting to the Ministers of Foreign Affairs to develop the text of the draft peace treaty, Azerbaijan is ready for this. It was also brought to the attention that Azerbaijan is taking consistent steps to advance the peace agenda.

During the phone conversation, the parties also exchanged views on bilateral cooperation, as well as other topics of mutual interest. They agreed on further contacts.