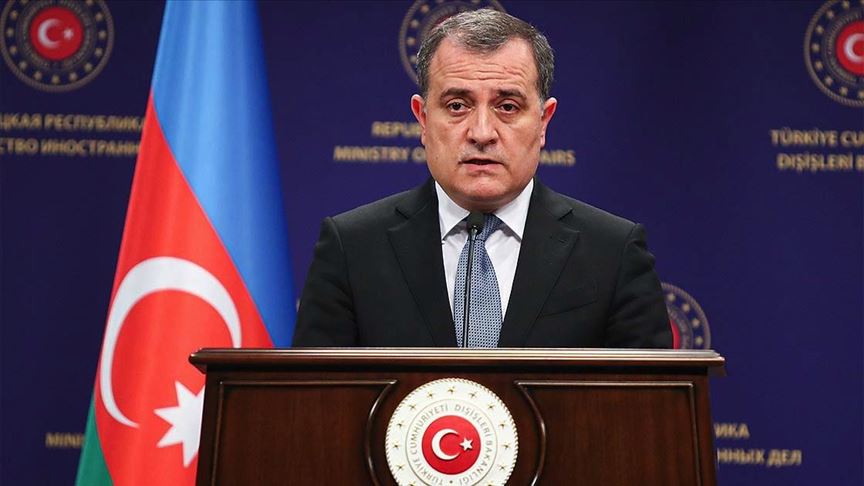 The minister made the remarks Monday during a joint press conference with his Turkish counterpart Mevlut Cavusoglu in Istanbul.

Bayramov noted that the primary tasks of Azerbaijan at present are the complete restoration of the liberated territories in a short time and the return of citizens to their native lands.

"This work is complicated by one problem – an extremely high number of mines in the liberated territories. Armenia refused to provide maps of minefields for eight months after the end of the Second Karabakh War, claiming that they don’t exist,” the minister said. “Eight months later, maps of minefields for three districts [Aghdam, Fuzuli and Zangilan] were transferred to Azerbaijan, according to which totally about 200,000 antipersonnel and anti-tank mines were planted in the districts. Maps of minefields in other liberated lands haven’t yet been provided.”

Despite this, a lot has been done in the liberated territories in less than a year, the minister added.

"In eight months, an international airport was built in Fuzuli, the first flights were carried out. At present, roads are being built in 13 directions, and power lines are being laid. The general plan of Aghdam has been approved, and work on it has already begun,” he further noted.

“Projects to create "smart villages" are being implemented in a number of settlements. Azerbaijan is aimed at accelerating restoration work. We cooperate in this area with fraternal and friendly countries, including companies from Turkey," Minister Bayramov concluded.