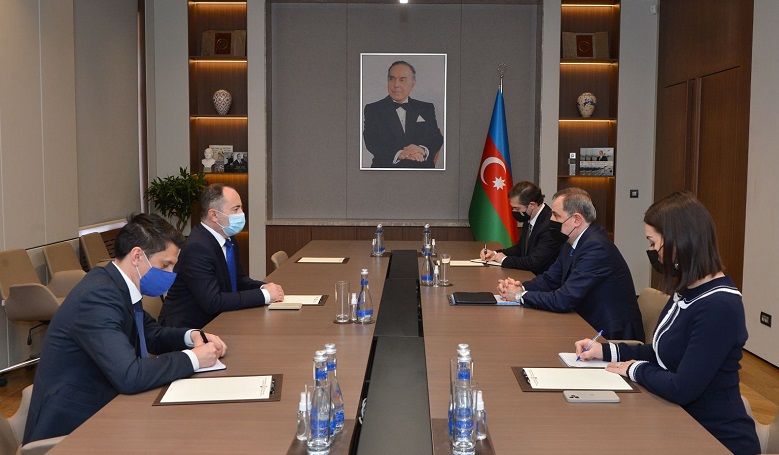 Azerbaijani Foreign Minister Jeyhun Bayramov received Romanian Ambassador to Azerbaijan Dan Iancu on the occasion of the completion of the term of his diplomatic mission in Azerbaijan on April 13.

“The satisfaction with the high level of development of bilateral political relations between Azerbaijan and Romania, based on strategic partnership, was expressed at the meeting,” the message said.

The sides stressed the availability of favorable opportunities for the further development of cooperation in various spheres of the economy, including those in the field of energy and transport.

“The confidence was expressed that comprehensive cooperation will be successfully continued after the restrictions due to the COVID-19 pandemic are lifted,” the message said.

Bayramov stressed that the development of relations with Romania, as with the first European country which signed a strategic partnership agreement with Azerbaijan, is one of the priorities for Azerbaijan.

In turn, Iancu expressed gratitude for the support rendered to him for the successful fulfillment of his diplomatic mission.

Reminding about a number of historical events that took place in Azerbaijan during his tenure as ambassador, the Romanian diplomat stressed that a new historical period has begun for Azerbaijan, and in this context, new opportunities have opened up for the entire region.

The minister thanked the ambassador for the successful work in Azerbaijan and wished him success in further diplomatic activity.