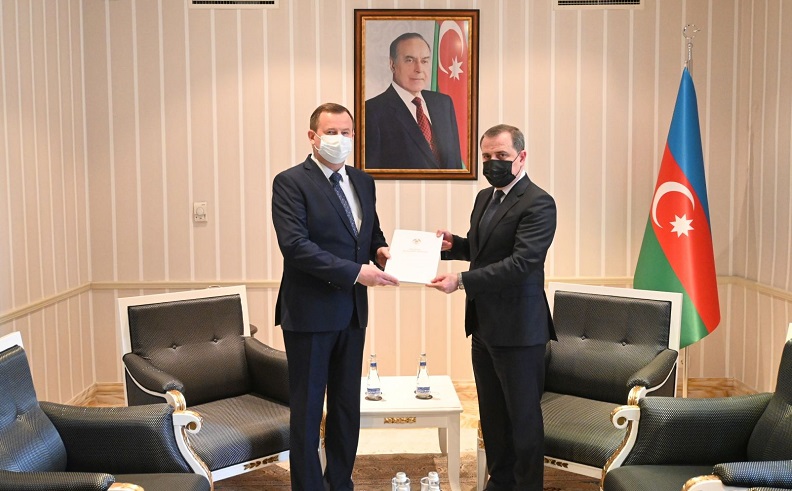 At the outset of the meeting, Bayramov congratulated Andrei Ravkov on his appointment as Ambassador to Azerbaijan and wished him success in his future activities.

The minister noted the successful development of bilateral relations between Azerbaijan and Belarus in various directions, stressing the great potential for the further development of these relations.

“The friendly relations between the leaders of the two countries make a significant contribution to the development of bilateral relations. The positions of both countries are based on the principles of international law, in particular, respect for sovereignty, territorial integrity in international borders and non-interference in internal affairs,” said Bayramov.

During the meeting, the minister informed the Belarusian ambassador about the security threat that Azerbaijan faced from the first days of its independence, the military occupation of 20 percent of its territory and the ethnic cleansing carried out by Armenia, the occupation policy of this country that lasted for decades and, finally, the liberation of Azerbaijani lands as a result of the 44-day Second Karabakh War, as well as the trilateral statement of November 10, which put an end to military operations, as well as the current situation in the region.

Ravkov emphasized that the development of cooperation between the two countries in various fields has always been based on the principles of international law, in particular, support for independence, sovereignty, and territorial integrity.

Expressing satisfaction with the efforts to end hostilities and restore peace, the Belarusian ambassador stressed the importance of implementing the trilateral agreements at this stage.

The parties agreed on the further development of bilateral relations.