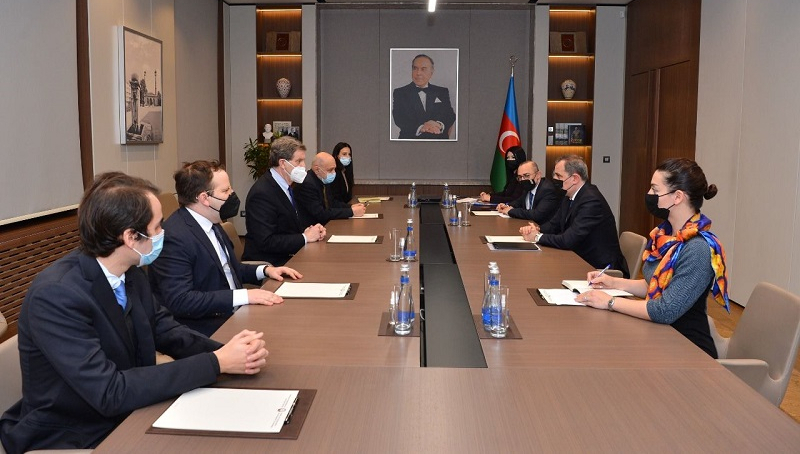 Minister Bayramov noted with satisfaction the meeting with David Harris within the framework of the 76th session of the UN General Assembly and the discussions with the American Jewish Committee.

The parties hailed the development of cooperation between the government of Azerbaijan and the Jewish community.

Minister Bayramov informed his interlocutor about the current situation in the region, including the steps taken by the Azerbaijani side to normalize relations with Armenia, as well as Armenia’s continued military provocations. The minister said an Azerbaijani soldier was killed as a result of the Armenian provocation two days ago, and that the Armenian leadership is responsible for this.

David Harris thanked for the meeting and the information provided. He stressed the importance of ensuring lasting peace and security in the region.

The parties also discussed the prospects for the development of Azerbaijani-American relations and other issues of mutual interest.