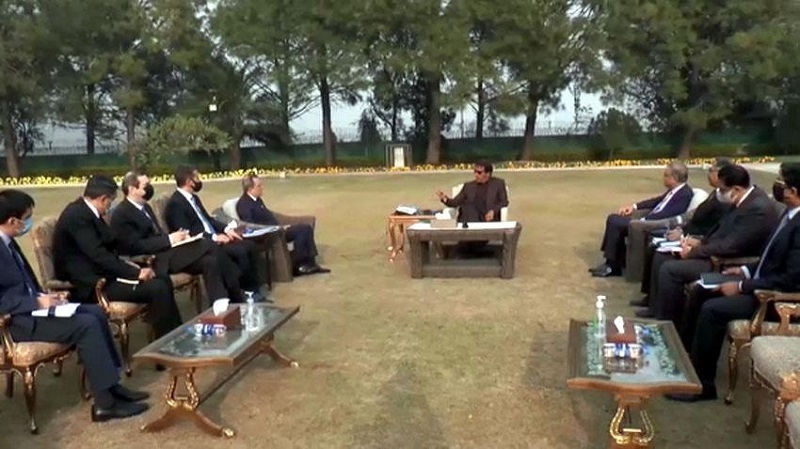 Congratulating Azerbaijan on the Victory, Prime Minister Imran Khan asked to convey his sincere wishes to the President of the Republic of Azerbaijan, Mr. Ilham Aliyev. Noting that the Victory was highly appreciated by the People of Pakistan, the Prime Minister said that the Pakistani People celebrated this glorious event together with Azerbaijan.

Minister Jeyhun Bayramov extended his gratitude for the warm reception, as well as the organization of high-level bilateral and multilateral meetings, and conveyed the greetings and sincere wishes of the President of the Republic of Azerbaijan Ilham Aliyev to the Prime Minister. He also expressed gratitude for the congratulations of the Prime Minister of Pakistan on the Victory of Azerbaijan in the Patriotic War. The Minister praised Pakistan's unequivocal support, including the resolutions adopted in this regard, for Azerbaijan's just position on the Armenia-Azerbaijan Nagorno-Karabakh conflict.

He also briefed the Pakistani Prime Minister on the work carried out in the liberated territories of Azerbaijan, including demining, restoration and construction activities in these territories.

At the meeting, the sides also discussed other issues of mutual interest.