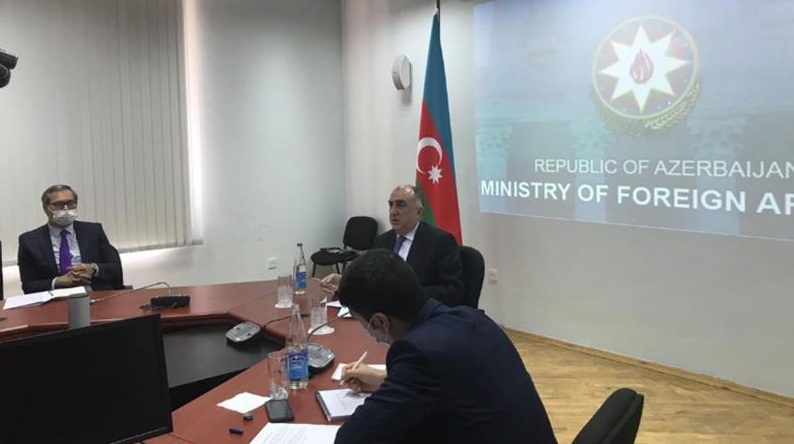 The main topics of the meeting were a bilateral partnership between Azerbaijan and the EU, as well as Azerbaijan’s participation in the Eastern Partnership Summit.

During the videoconference, Mammadyarov stressed the EU’s principled position on supporting the territorial integrity, independence, and sovereignty of the countries. The parties exchanged the views on the Eastern Partnership Summit scheduled for next year.

The issues related to the new bilateral agreement between Azerbaijan and the EU were also discussed and the interest of both parties in signing this document was emphasized.

Azerbaijani foreign minister and the EU commissioner also discussed big projects in the field of energy and transport as well as prospects for their further development.

At the end of the meeting, the parties exchanged views on holding the EU-Azerbaijan Cooperation Council.

Both sides emphasized the importance of conducting online discussions during the global pandemic and agreed to organize meetings and have direct communication after the pandemic.