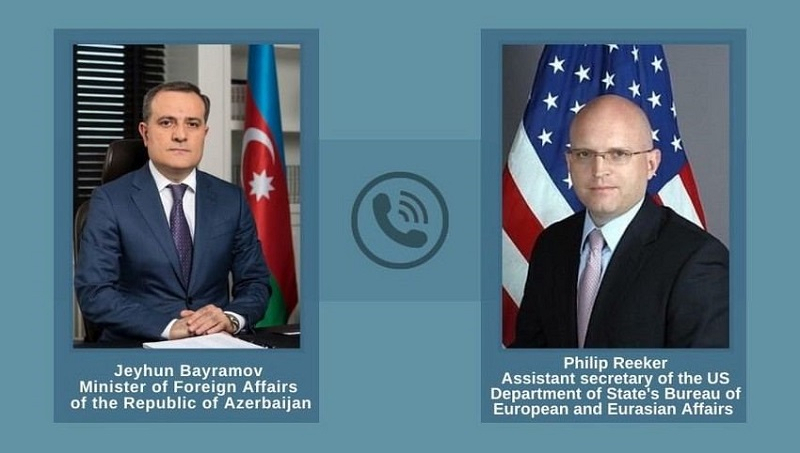 On July 28, Azerbaijan’s Foreign Minister Jeyhun Bayramov had a telephone conversation with Philip Reeker, Acting US Assistant Secretary of State for European and Eurasian Affairs.

The sides discussed the current situation in the region and issues related to the solution of the trilateral statements.

Expressing concern over the tensions on the border between the two states, Philip Reeker stressed the importance of stabilizing the situation.

Minister Bayramov informed the opposite side about the tensions on the border between the two states, especially the recent provocations by Armenia, the intensive shelling of Azerbaijani positions, as a result of which one Azerbaijani serviceman was killed on July 23, and two of our servicemen on July 28 were injured. It was noted that the Azerbaijani side took appropriate measures in response to these provocations and defended its border positions.

The minister stressed that Azerbaijan is not interested in the escalation of the situation and supports the settlement of all disagreements through political and diplomatic means.

Minister Bayramov brought to the attention of the opposite side the importance of Armenia's awareness of its responsibility and stopping provocations.