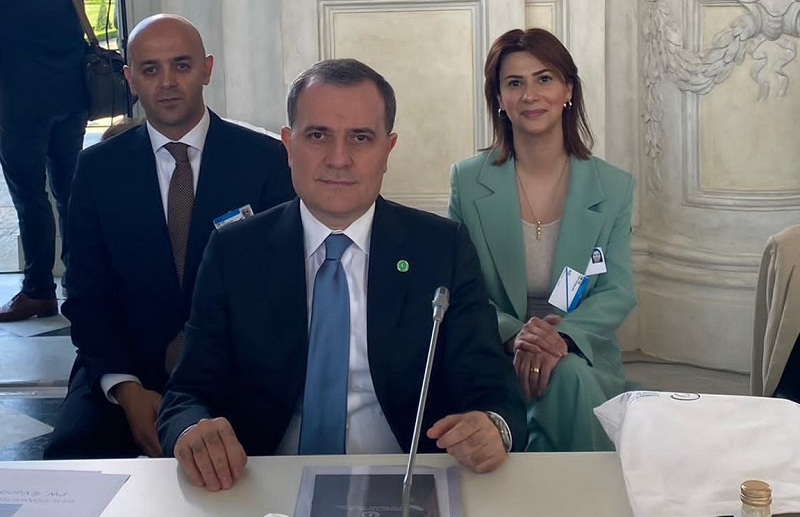 On May 20, 2022, the Minister of Foreign Affairs of the Republic of Azerbaijan Mr. Jeyhun Bayramov addressed the 132nd session of the Committee of Ministers of the Council of Europe (CoE) in Turin, Italy, the Foreign Ministry told News.Az.

Minister Bayramov congratulated Italy on the successful completion of its chairmanship in the Committee of Ministers of the Council of Europe and expressed our support for the future chairmanship of Ireland.

Minister Bayramov emphasized that Azerbaijan is ready to cooperate with Armenia in strengthening peace and security in the region, noting that the Council of Europe could contribute to the implementation of confidence-building measures, which have a special role in this direction, and praised the organization of a meeting of Azerbaijani and Armenian civil society representatives at the initiative of the Secretary-General of the Council of Europe.

The top diplomat, drawing attention to the fact that the threat of landmines is one of the problems facing Azerbaijan in the post-conflict period, and that there is no information about the fate of more than 4,000 Azerbaijanis who went missing during the war in the early 1990s, called on the international community to actively support and contribute to overcoming these problems for the sake of lasting peace and stability in the region.

At the end of his speech, the minister said that during the next chairmanship of Ireland, we will continue our results-oriented cooperation in accordance with the priorities of the Council of Europe on the basis of common values.