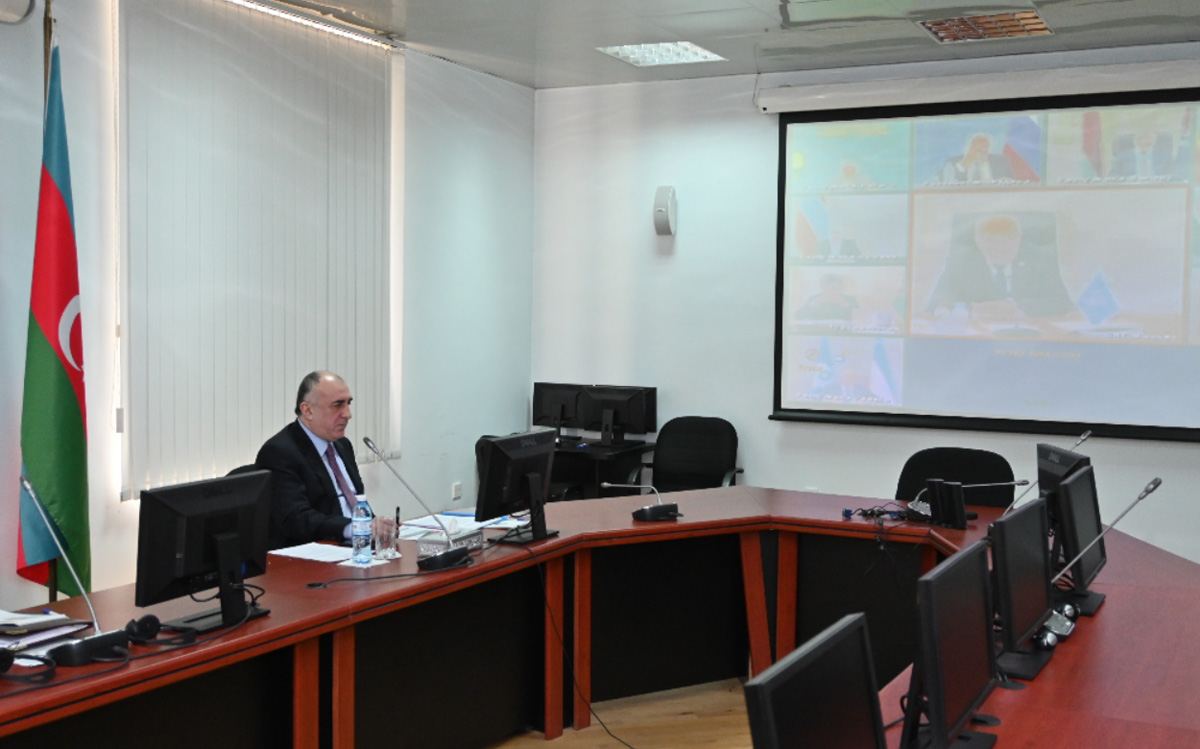 The recent statements by the Armenian leadership show that Yerevan is doing everything possible to impede the intensification of the process of resolving the Armenia-Azerbaijan Nagorno-Karabakh conflict by peaceful means, said Azerbaijani Foreign Minister Elmar Mammadyarov.

The minister made the remarks at a meeting of the CIS Council of Foreign Ministers held through videoconference on Tuesday.

He noted that the unresolved conflicts in the CIS space, in particular the Nagorno-Karabakh conflict, do not allow to fully and effectively realize the integration potential within the Commonwealth. Mammadyarov said that these conflicts are the main obstacle to closer interaction of the CIS member states in countering new challenges and threats.

Azerbaijan remains committed to an early political resolution of the conflict, the minister added. “Negotiations cannot last forever and should not serve to continue and maintain the situation that arose as a result of the occupation, ethnic cleansing and the use of force.”

Mammadyarov reiterated that Azerbaijan has every right to restore its territorial integrity by all means within its internationally recognized borders, as enshrined in the UN Charter, the Helsinki Final Act, Paris Charter and the relevant UN Security Council resolutions.