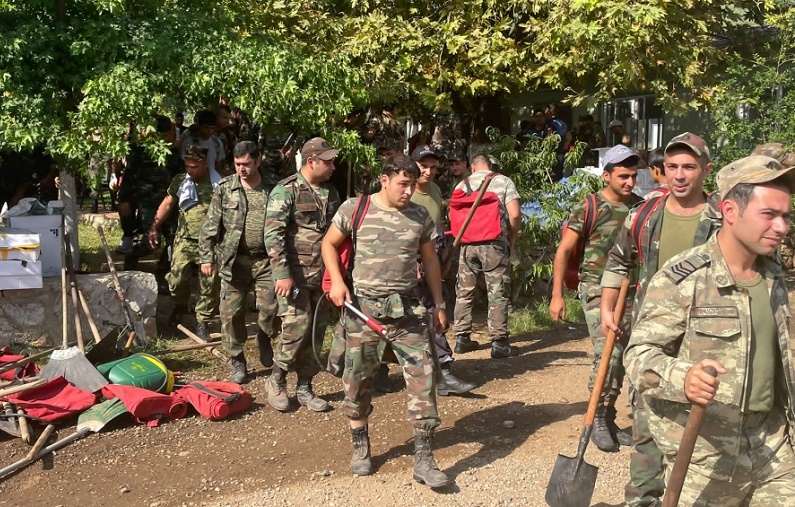 Members of the first group, consisting of employees of the firefighting forces of the Ministry of Emergency Situations, sent on behalf of the President of the Republic of Azerbaijan to Turkey to extinguish and prevent forest fires, are fighting the fire in an area located 11 kilometers from the city of Marmaris, Mugla region.

Azerbaijani firefighters, together with local forces, began work as scheduled on August 1 at 10:00. The fire started here on 28 July.

100 professional and experienced members of the firefighting force of the Ministry of Emergency Situations use every opportunity to extinguish and prevent the spread of fire.

It should be reminded that the first group of Azerbaijani firefighters left for Turkey on July 30 on behalf of the President of the Republic of Azerbaijan. The next day, the second group of firefighting forces of the Ministry of Emergency Situations was sent to the fraternal country. The second group includes 1 helicopter, 53 units of fire-fighting and rescue equipment for special purposes, 1 ambulance car, 220 firefighters, and rescuers.