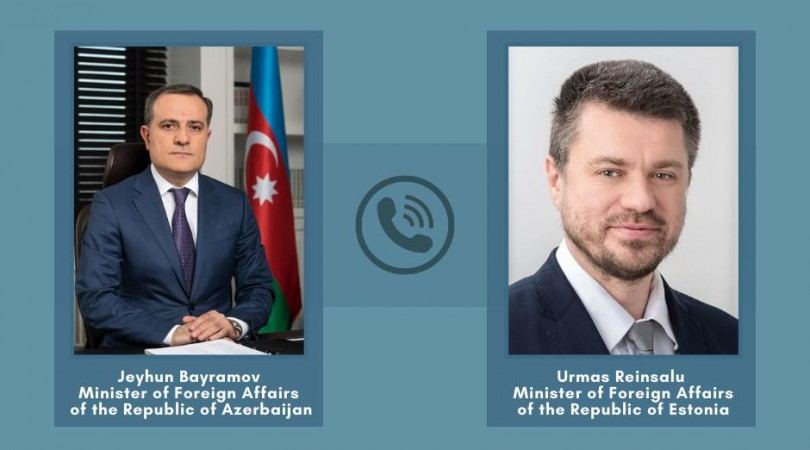 Expressing concern over the ongoing tensions in the region, the Estonian Foreign Minister called the parties to exercise restraint and stressed the importance of resolving the conflict through dialogue.

In his turn, Minister Jeyhun Bayramov told his Estonian counterpart that as a continuation of the ongoing provocative steps of Armenia, on September 27 of this year, a new act of aggression was committed against Azerbaijan along the frontline, and the Armed Forces of Azerbaijan took countermeasures in response. It was brought to the attention of the other side that Armenia, which purposefully targeted Azerbaijani civilians and facilities, once again violated the international humanitarian law by opening artillery fire at civilians which resulted in casualties among the Azerbaijani civilian population. It was noted that the Armed Forces of Azerbaijan have taken countermeasures against Armenian armed forces to ensure the security of the civilian population within its internationally recognized borders. Minister Jeyhun Bayramov informed the other side that Armenia is fully responsible for the tension in the region.