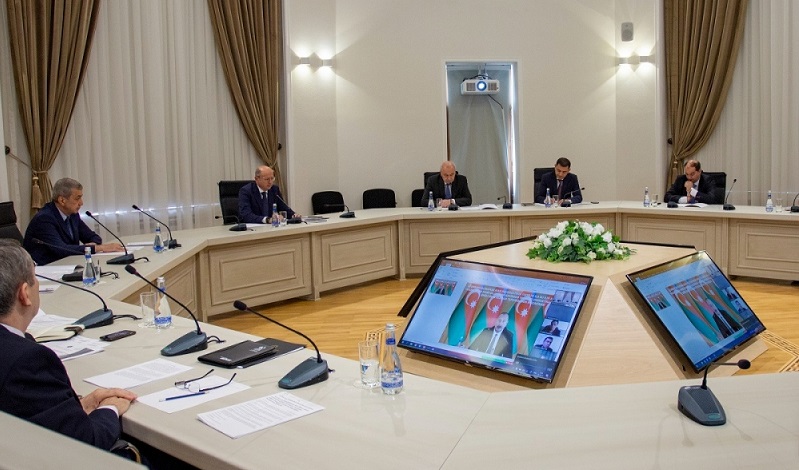 The next board meeting was held in a hybrid format under the chairmanship of Minister of Energy Parviz Shahbazov, with the participation of structural units and agencies of the Ministry.

In his speech, the chairman of the board spoke about the achievements in the field of energy, the fundamental reforms carried out under the leadership of President of the Republic of Azerbaijan Ilham Aliyev, talked about the further development of this field, including the projects and measures implemented in the field of energy transformation, and noted that a number of important measures related to involving foreign investments in this field have been taken.

Then, in accordance with the agenda of the meeting, the meeting chaired by the President of the Republic of Azerbaijan dedicated to the results of six months of this year, the implementation of the tasks set in the fuel and energy sector was reviewed and reports were made.

In Socio-Economic Development Strategy of the Republic of Azerbaijan for 2022-2026 approved by the order of President Ilham Aliyev on the second issue of the board meeting, the implementation of the measures envisaged in the field of fuel and energy were discussed, and it was considered appropriate to sign the relevant order on ensuring the related implementation of the measures.

At the end, a report was made on the status of executive discipline and consideration of citizen appeals at the Ministry of Energy for the first half of 2022, execution discipline, administrative offenses, issuance of permits, reception of citizens and consideration of applications, the implementation of the tasks in the 1st half of the year under the approved Work Plan of the Ministry of Energy for the current year, as well as the implementation status of the tasks arising from the decrees and orders of the President of the Republic of Azerbaijan were reviewed.