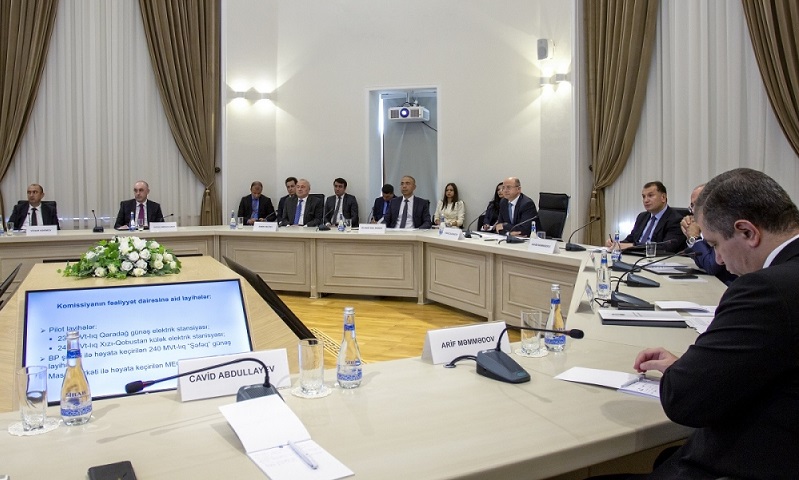 The first meeting of the Commission established by the Decree of the President of the Republic of Azerbaijan No. 1673 dated 5 December 2019 on additional measures for the implementation of projects in the field of use of renewable energy sources was held in the updated version, the country's Energy Ministry told News.Az.

In his speech, Energy Minister Parviz Shahbazov spoke about the important tasks set for the Commission on the implementation of the Order, and said that in accordance with the goals set by President of the Republic of Azerbaijan Ilham Aliyev, some projects have already been implemented in the direction of expanding the use of renewable energy sources, preparatory works for others are being carried out, the importance of operating in a coordinated manner with the relevant bodies.

At the meeting, information was provided about wind and solar energy projects on an industrial scale implemented in Azerbaijan, and discussions were held on technical, economic and financial issues for the preparation of these projects. The draft decision on the measures to be taken before the next meeting of the commission was reviewed, were approved by taking into account comments and suggestions.