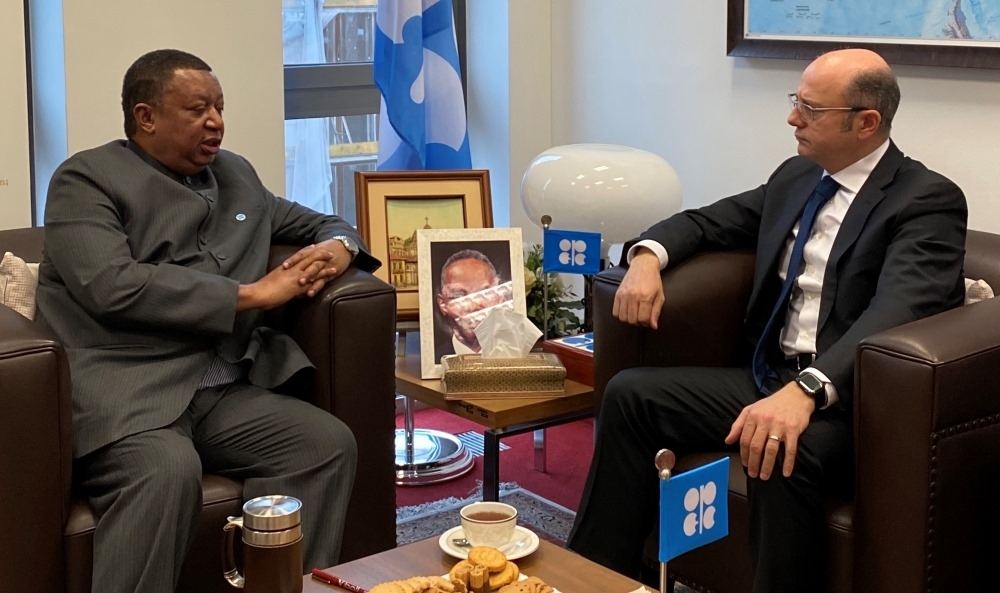 “The factors affecting the reduction in oil demand and its price, issues of regulating the oil market in terms of the negative impact of coronavirus on economic development were discussed during the meeting with the Saudi Arabian minister,” the statement said. “The importance of constant support for the oil market by OPEC + countries was emphasized.”

“The issues of bilateral energy cooperation were also discussed during the meeting,” the statement said. “The significance of the contract related to the project on the wind energy with a capacity of 240 megawatts, signed between the Azerbaijani Ministry of Energy and ACWA Power company, for the development of energy cooperation between the two countries was also stressed.”

“The Saudi Arabian minister agreed to participate in the signing ceremony of the relevant contracts with ACWA Power company for the implementation of the investment project in connection with the construction of a wind farm,” the statement reads.

“The development of the oil market in the short and long term was discussed during the meetings with Barkindo and Novak,” the statement said. “The sides exchanged the views on limiting production to reduce price volatility and the difference between supply and demand. The need for cooperation and fulfillment of obligations by OPEC and non-OPEC countries was emphasized.”