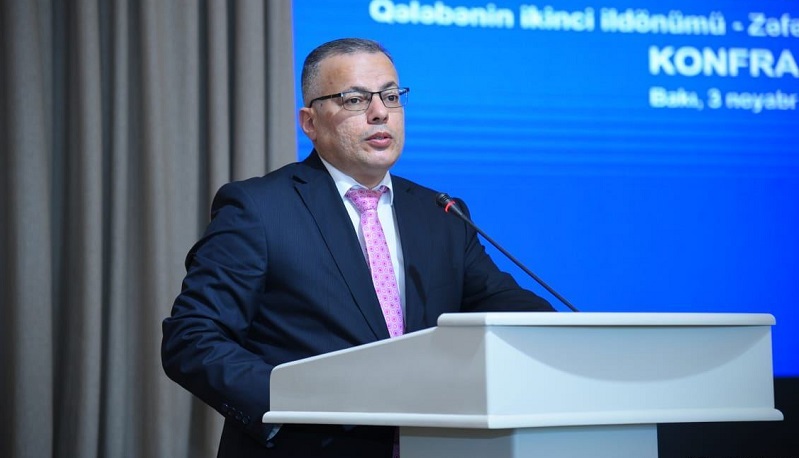 Azerbaijan’s economy is projected to grow annually by 1.7 percent in 2024-2050, Executive Director of the Center for Analysis of Economic Reforms and Communications of Azerbaijan (CAERC), Professor of Economics Vusal Gasimli said on Thursday.

He made the remarks while speaking at a conference, titled “Post-conflict construction model under the leadership of President Ilham Aliyev”, in Baku, News.Az reports.

Gasimli noted that the restoration work in the liberated Azerbaijani territories is underway in 10 priority directions.

“Among them are mine-clearance of the territories, creation of social and economic infrastructure, economic zones and other facilities,” he said.

He noted that Karabakh and Eastern Zangazur have the potential to create and develop the mining industry, tourism, agriculture, transport and logistics.

“Azerbaijan started creating the necessary infrastructure from the very beginning of the restoration process on the territory. The development of agriculture will give more than 10 percent of economic growth. About 5.5 percent of the country's GDP will fall on Karabakh,” Gasimli added.