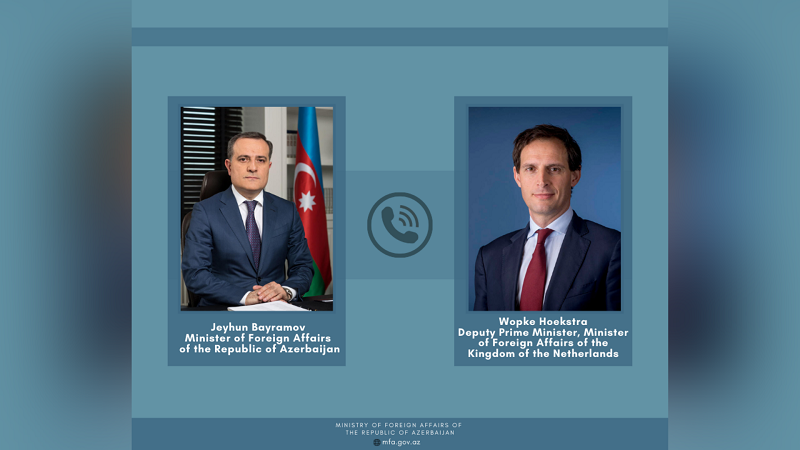 The ministers expressed mutual congratulations and best wishes on the occasion of the 30th anniversary of the establishment of diplomatic relations between the two countries.

The sides exchanged views on current issues of the bilateral agenda, as well as prospects for the development of relations. They noted with satisfaction the holding of political consultations between the Foreign Ministries of the two countries on March 15 of this year, and stressed the importance of continuing this practice in the future.

Minister Bayramov briefed his counterpart on the current situation in the region, the work done in the direction of normalization of relations between Azerbaijan and Armenia, the importance of implementing the agreements reached at the leaders' meeting in Brussels, as well as Azerbaijan's views on the future development of the region in peace and security.

The ministers also exchanged views on cooperation within international organizations, the situation in Ukraine and other issues of mutual interest.