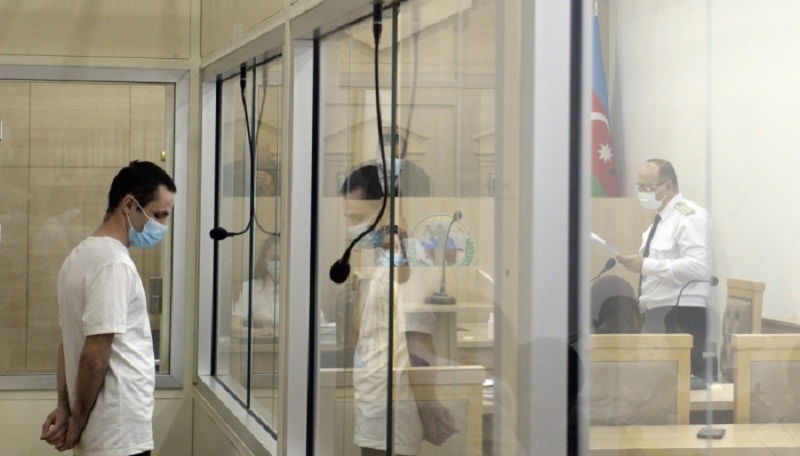 The Baku Court on Grave Crimes on Wednesday continued the trial on the criminal case of Russian citizen Eduard Dubakov, who was recruited by Armenia to fight in Karabakh.

An indictment was read out at the trial presided over by judge Samir Aliyev.

According to the indictment, Dubakov illegally visited the occupied territories of Azerbaijan and underwent training in Kalbajar.

On January 14, 2021, Dubakov arrived in Baku from Turkey to commit terrorist and provocative acts.

The mercenary faces charges under Articles 214-3.1 (terrorism, financing of terrorism), 218.2 (participation in a criminal union (organization), as well as participation in the association of organizers, leaders, and/or other representatives of organized groups), 318.2 (illegal crossing of the state border of Azerbaijan) of the Criminal Code of Azerbaijan.

The judge ruled that if the charges are proven during the trial, the accused could face 8 to 15 years in prison.

The accused said his father is a Baku-born Armenian, and his relatives live in Khankendi and Asgaran.

Dubakov also admitted that he had visited the occupied Azerbaijani territories several times.

The trial will proceed on July 7.