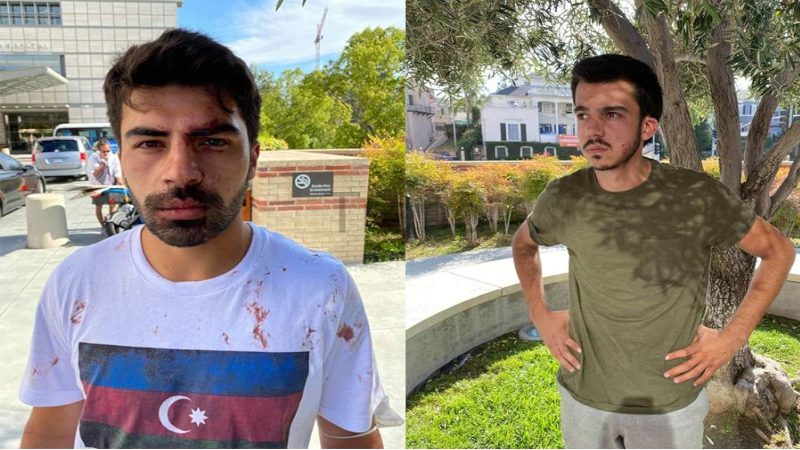 “During the rally, about 3,000 Armenians surrounded the consulate building and began to shout anti-Azerbaijani slogans,” consul general added. “Then about 50 activists of the Azerbaijani community with Azerbaijani flags and slogans approached the Armenians.”

“While chanting slogans, our compatriots informed the local community about the occupation policy of Armenia against Azerbaijan, the policy of ethnic cleansing, more than one million Azerbaijani refugees, the military provocation committed by Armenia last week and the murder of Azerbaijani civilians,” Aghayev said.

“For the first time, Azerbaijani activists in Los Angeles came out with a protest against the rally held by the Armenians,” consul general said. “As far as the Azerbaijanis continued to fairly protest, the aggression of the Armenians was growing and one of their groups attacked our compatriots.”

The consul general said that despite the Los Angeles policemen tried to prevent the attack, they failed, as a result, seven Azerbaijanis were injured.

“Immediately after the incident, I contacted Head of the Los Angeles Police Department, Michel Rey Moore, bringing his attention to the incident seriousness and expressing him utter discontent with the police’s failure to prevent the violent actions of the Armenians,” the consul general said.

“The mayor of Los Angeles was also informed about the incident,” Aghayev added. “This issue must be investigated, we strongly demand that those who have resorted to violence, to be identified and to be brought to justice."