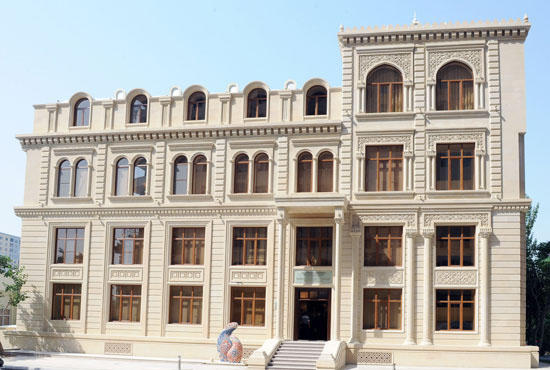 Using its puppet entity as a cover-up, the Armenian authorities make further territorial claims against Azerbaijan, the Azerbaijani community of the Nagorno-Karabakh region of Azerbaijan said in a statement.

The statement came following the Armenian foreign minister’s illegal visit to Nagorno-Karabakh and his meeting with the head of the separatist regime created there.

“Such territorial claims by Armenia are in addition to the fact that about one-fifth of Azerbaijan’s internationally recognized territories, which include the Nagorno-Karabakh region and seven adjacent districts, are currently under Armenia’s occupation,” read the statement.

The community said that Armenia is intending to mislead the international community.

“In contrast to our peace message, it seems Armenia’s efforts are aimed at prolonging its occupation of Azerbaijani territories. Hate speech campaign fueled by Armenia and its diaspora targeting the ethnically cleansed Azerbaijanis is such a proof,” the community stressed.

The statement also urged Armenia to focus on peace and to support the community’s efforts for the peaceful coexistence of Armenians and Azerbaijanis in the Nagorno-Karabakh region of Azerbaijan.