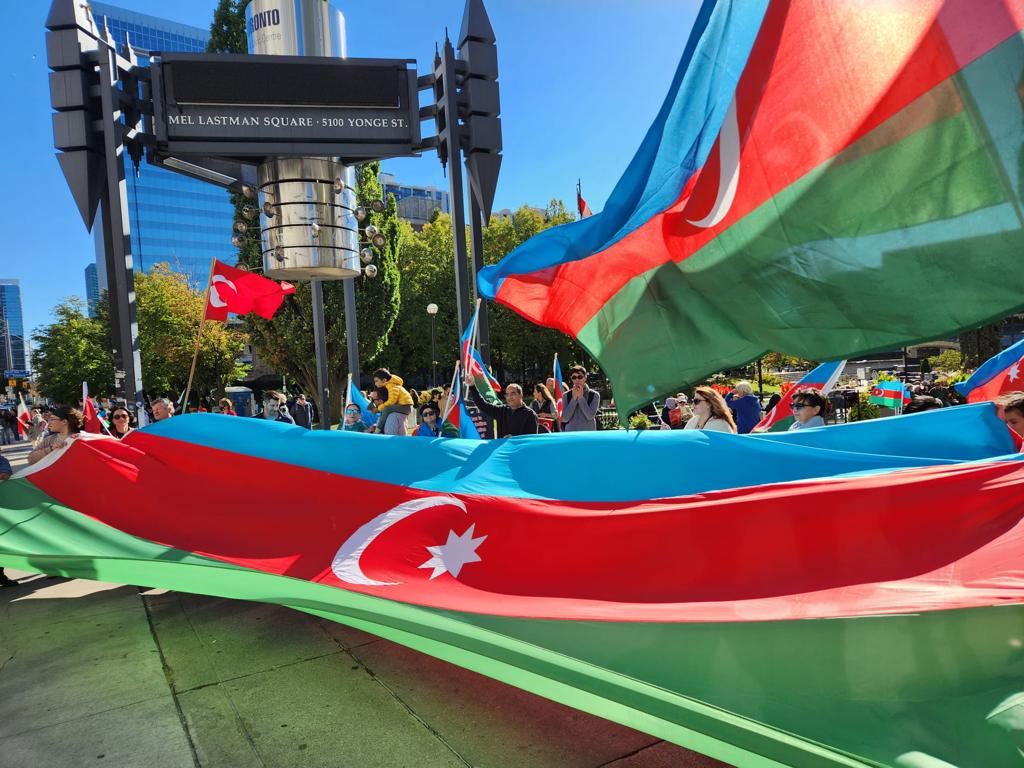 The Azerbaijani community in Toronto, Canada held a picket in protest against the recent provocations of Armenia and its aggressive policy, says State Committee for Work with the Diaspora of Azerbaijan, News.az reports.

The action took place on the crowded Mel Lastman Square with the support of Vatan Center for Culture and Arts.

The event, where the flags of Azerbaijan, Türkiye and Israel fluttered, was attended by representatives of friendly peoples, including members of the Jewish and Turkish communities.

Azerbaijanis who took part in the action handed out booklets titled "Azerbaijan wants sustainable peace" to the residents of the city. The booklets contain information about the occupation policy of Armenia in the historical lands of Azerbaijan.

During the action, a car with an LED screen was moving along the central streets of Toronto, which displayed information about the reality of Azerbaijan. The slogans "Azerbaijan wants peace, Armenia wants war!", "Armenia distorts the facts, deceives the world community!", "Mines laid by Armenia are a war crime!", "No to Armenian soldiers on Azerbaijani soil!", "Armenia destroyed the cultural heritage" were demonstrated. Azerbaijan in Irevan!", "Armenian mines kill civilians", "Armenia, sign a peace agreement!" and images covering these topics.

Azerbaijani diaspora organizations operating in 30 countries of the world held various actions in protest against the provocation committed by Armenia on the border with Azerbaijan on September 12-13, sent appeals and statements to international organizations and world leaders.