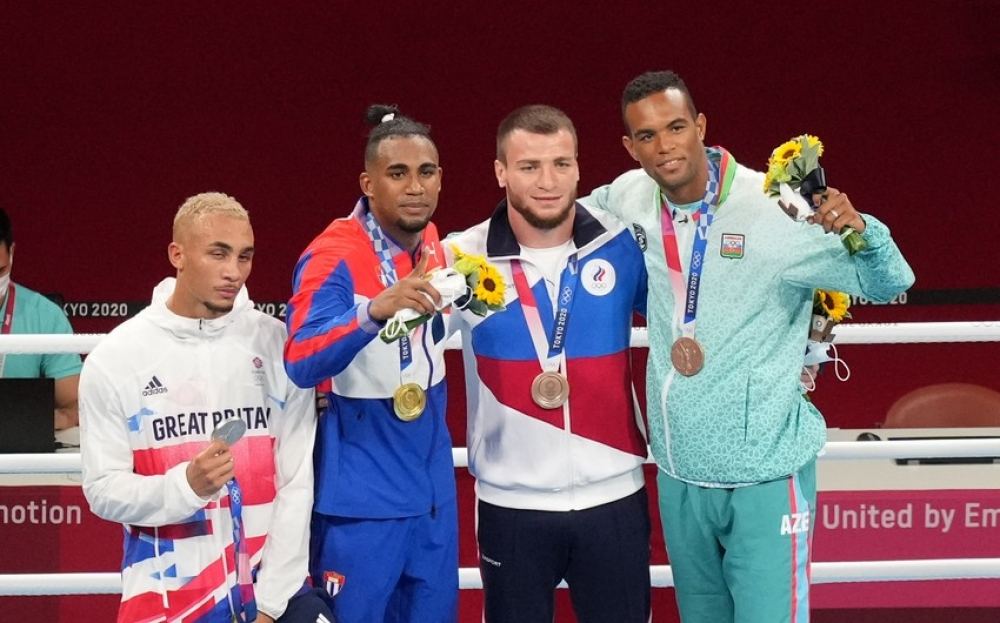 An award ceremony was held as part of the boxing competition in the weight category up to 81 kg at the Tokyo 2020 Summer Olympic Games on August 4.

Azerbaijani boxer Loren Alfonso Dominguez was awarded a bronze medal at the ceremony. Another bronze medal was grabbed by Russian athlete Imam Khataev.

The Azerbaijani team taking part in the Olympic Games has three bronze medals: The first of them was grabbed by judoka Iryna Kindzerska (judo), Rafig Huseynov (Greco-Roman wrestling) and Alfonso Dominguez (boxing).