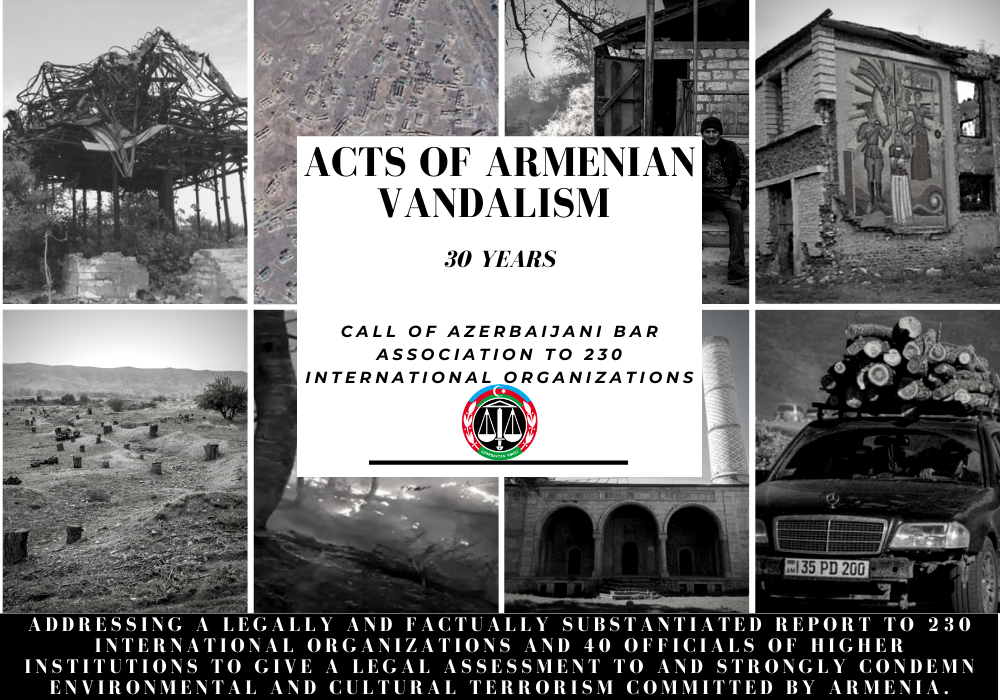 The Azerbaijani Bar Association appealed to 230 international organizations, urging them to give a legal assessment and condemn the ecological and cultural terror committed by Armenia.

The appeal stressed that in response to the provocations committed by the Armenian Armed Forces on September 27 against the civilian population of Azerbaijan, on the basis of a trilateral statement signed on November 10, the 44-day counter-offensive operation of the Azerbaijani Armed Forces has been successfully completed, the territorial integrity of Azerbaijan has been restored, an end was put to the long-lasting occupation.

“As the historical Azerbaijani lands, which were under Armenian occupation, had been liberated, the whole world witnessed cultural, historical and environmental terror. The Armenians destroyed, plundered houses, schools, historical and cultural monuments in the territories of Azerbaijan, which have been returned. They were also setting fire to the forests, cutting down trees," reads the appeal.

The Azerbaijani Bar Association addressed an appeal of a reporting nature, substantiated from a legal and factual point of view, to international human rights organizations, bar associations of foreign countries, legal societies, in general, 230 international organizations and 40 authorized persons of higher structures, urging to evaluate and condemn the ecological and cultural terror of Armenia.