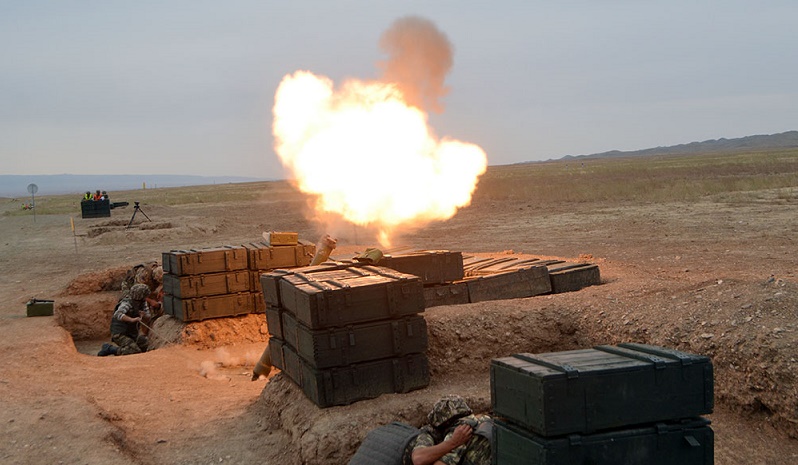 Preparation of the Azerbaijani artillerymen for the "Masters of Artillery Fire" contest held in Kazakhstan as part of the "International Army Games - 2021"  continues.

Azerbaijani artillerymen, who participated in the drawing procedure, at first got acquainted with the safety rules, the contest's features, the conditions for the stages, bounds for conducting fire and combat training exercises, as well as the material and technical base of the firing range.

Azerbaijani artillerymen began to work out the procedure for passing the stages of the contest after inspecting the weapons and military equipment to be used during the contest.

After completing the preparatory process, our team carried out the adjustment fire from mortars.

It should be noted that artillerymen from 10 countries will compete in the contest, which will last until September 2.