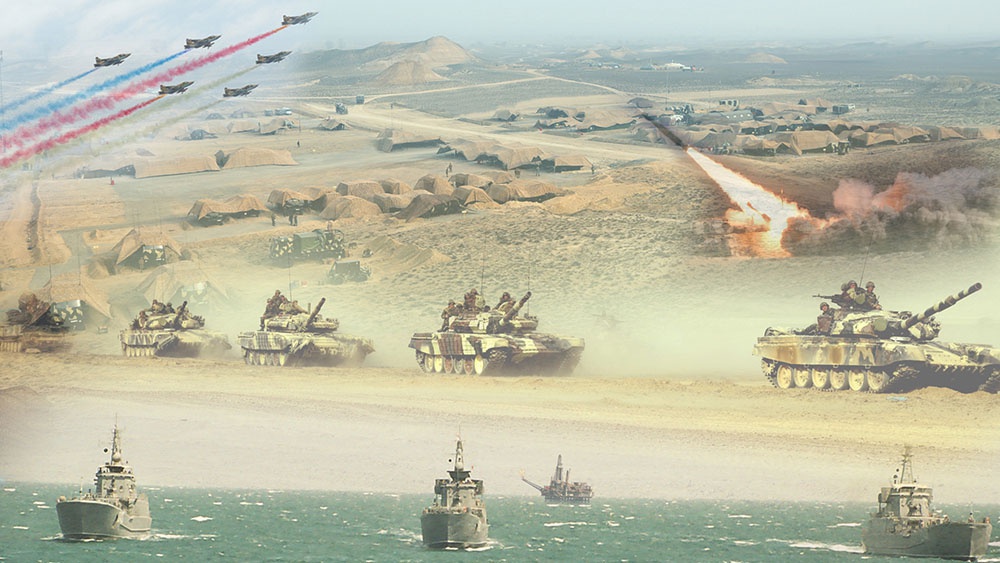 The Azerbaijani army will hold large-scale operational-tactical exercises on May 18-22, the Defense Ministry reported.

The exercises to be conducted in line with the plan approved by President of Azerbaijan, Supreme Commander-in-Chief of the Armed Forces Ilham Aliyev will involve up to 10,000 military personnel, up to 120 tanks and armored vehicles, up to 200 missiles and artillery systems of various caliber, multiple launch rocket systems, and mortars, up to 30 army, and frontline aviation, as well as unmanned aerial vehicles for various purposes.

During the exercises, issues of combat readiness, planning, and comprehensive support of operations, the interoperability of headquarters of various types and branches of troops will be worked out, as well as firing and maneuvering capabilities of the assault troops created under the conditions of the exercises will be checked.

The exercises concept provides for the use of troops in selected directions, the infliction of massive strikes by missile forces and artillery, the conduct of bombing assault aviation attacks, as well as the use of high-precision weapons throughout the depth of the operational formation of enemy troops.

The practical actions of the troops will be inspected in various training centers and at training grounds.