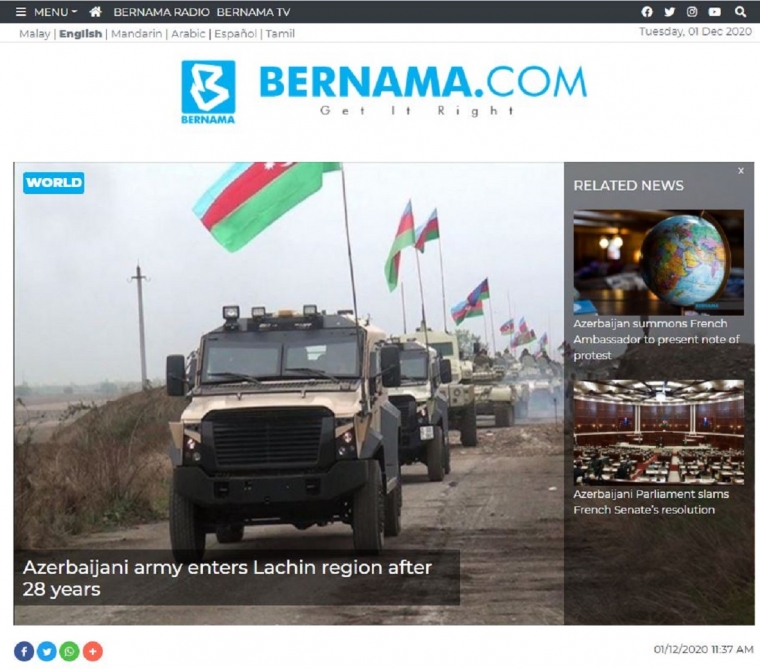 Relations between the former Soviet republics of Azerbaijan and Armenia have been tense since 1991, when the Armenian military occupied Nagorno-Karabakh, a territory recognized as part of Azerbaijan, and seven adjacent regions.

During the 44-day conflict, Azerbaijan liberated several cities and nearly 300 settlements and villages from the Armenian occupation.

On November 10, the two countries signed a Russia-brokered agreement to end fighting and work toward a comprehensive resolution.

The truce is seen as a victory for Azerbaijan and a defeat for Armenia, whose armed forces have been withdrawing as the agreement specified.”