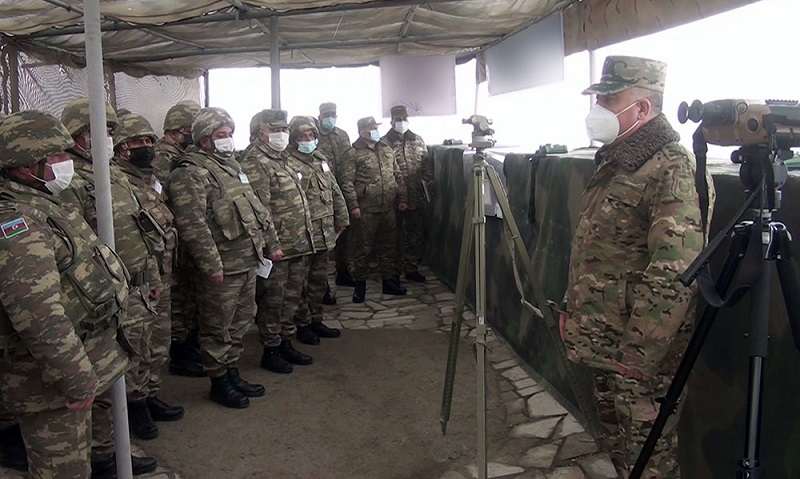 At the next stage of the exercises, the task on the terrain was clarified and the interoperability of the troops was organized, the Defense Ministry said on Tuesday.

On March 15, the Azerbaijani army launched operational-tactical exercises in line with the combat training plan for 2021.

The exercises involve up to 10,000 military personnel, up to 100 tanks and other armored vehicles, up to 200 missiles and artillery systems of various caliber, multiple launch rocket systems, and mortars, up to 30 military aviation assets, as well as unmanned aerial vehicles for various purposes.