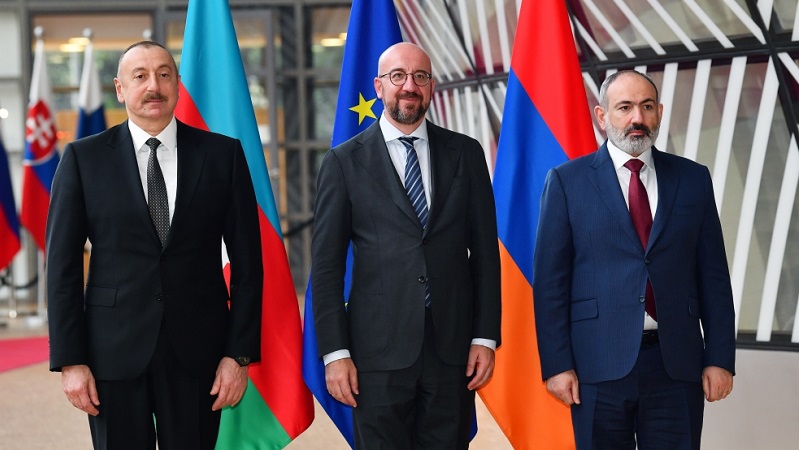 A meeting between Azerbaijani President Ilham Aliyev and Armenian Prime Minister Nikol Pashinyan through the mediation of European Council President Charles Michel will take place in Brussels in late August, Hikmat Hajiyev, Assistant to the President of Azerbaijan, Head of Foreign Policy Affairs Department of the Presidential Administration, said on Saturday, News.Az reports.

Speaking at an international conference in Shusha, the cultural capital of Azerbaijan, Hajiyev said Baku hopes that the upcoming meeting will agree on arranging a working group to prepare the text of a peace agreement between Azerbaijan and Armenia.

Hajiyev added that the deputy prime ministers of Azerbaijan and Armenia will meet in Moscow in late August to discuss transport and communication issues, as well as border delimitation.