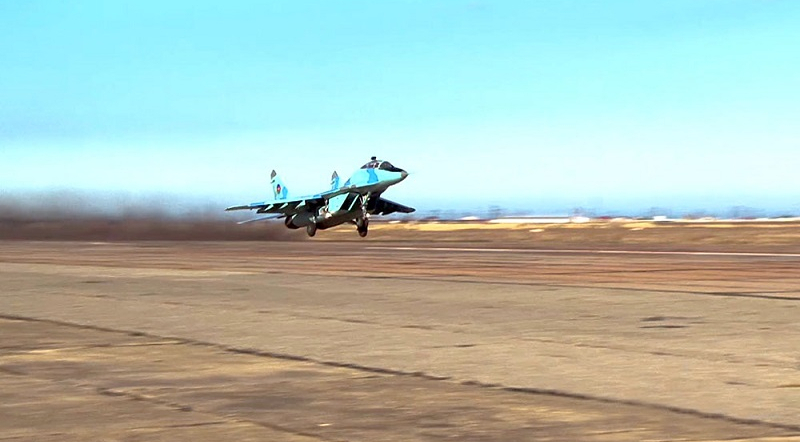 The Air Force of Azerbaijan conducted training flights in accordance with the combat training plan, the Defense Ministry told News.Az.

According to the scenario, the MiG-29 aircrafts fulfilled the tasks of performing the elements of difficult pilotage and the combat maneuvers at low and medium altitudes.

At the exercises, the pilots worked out the tasks of avoiding imaginary enemy’s air defense means, determining the coordinates of its land-based targets, and conducting air battles.

The assigned tasks were successfully accomplished during the exercises.