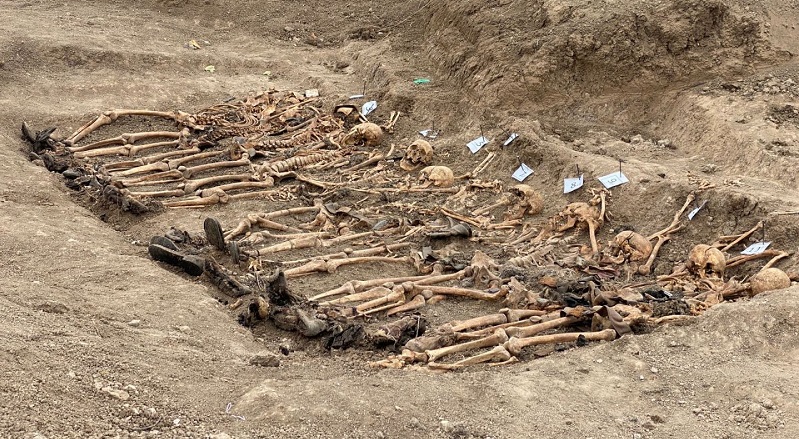 Excavations will continue in Edilli village of Azerbaijan’s Khojavand district, Namig Afandiyev, a senior advisor of the working group under the State Commission for Prisoners of War, Hostages and Missing Persons, told journalists on Wednesday, News.Az reports.

He noted that together with the International Committee of the Red Cross, work is underway to search for captured citizens and hostages, and those included in the lists of missing persons.

“In Edilli village, the remains of seven people were found in February. Starting from September 14, searches have continued there. Up until now, five complete and one mixed remains have been found and taken,” the official said.

“Besides, a mass grave with the remains of 12 people has been found. According to the items of clothing, the remains belong to the Azerbaijani soldiers,” Afandiyev added.